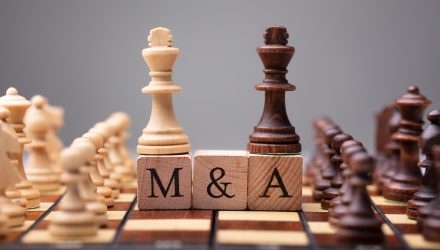 “It hit TD disproportionate[ly]to the rest of the community because TD made more of their money off commissions than any other big online broker,” said Nadig. “It hurt TD’s stock and, brilliantly, [Schwab is] now coming in and sort of picking up bottom dollar after TD took all the pain of that initial announcement.

“The end result is a powerhouse that’s going to be a $100 billion firm twice the size of BofA Merrill Lynch, and they’re going to have proprietary ETF products, proprietary robo-advisors and the biggest advisor network in the world,” he added.

Schwab’s latest move essentially pits them up against other firms like Vanguard and Fidelity, making them a one-stop financial shop.

“If anything, I think Schwab is competing with money-center banks,” said Tim Seymour, founder and chief investment officer at Seymour Asset Management. “I look at their balance sheet. Their balance sheet has been about extending home equity and extending collateralized loans, too, and I think that’s genius and that’s why they’ve had the ability to compete in online, which is where they’ve been pulling in those assets.”

In the ETF industry, it’s a move that essentially highlights the haves and have nots—the haves only getting bigger and bigger. As for the smaller players, they will have to be more creative rather than get into an arms race with the larger firms with seemingly unlimited resources at their disposal.

“A lot of this is about consolidation and compression of expenses and fees and whatnot. And if you think about the ETF space, that’s exactly what’s been going on over the last couple years. You have the big get bigger and it becomes a lot more difficult for the smaller players to survive. And I think that’s emblematic of what this deal’s all about,” said Seymour.

“Ultimately, the ETF world is one where you continue to see also the big get bigger, and I think the ability of these players to get into that space or continue to evolve in that space is going to be very interesting,” he added.