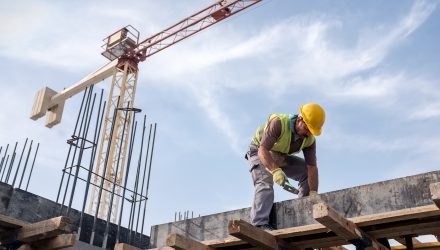 Infrastructure investments, such as exchange traded funds like the Global X U.S. Infrastructure Development ETF (Cboe: PAVE), are believed to benefit from increased government spending. That thesis may finally be coming to fruition.

“While funding limitations have historically weighed on demand, the outlook should improve,” said Morningstar in a note out Friday. “First, midterm election results should ultimately boost funding at the national, state, and local levels. Until then, the FAST Act will continue to provide near-term funding support, as the Highway Trust Fund has enough funding to cover large outlays through 2021.”

“Even though infrastructure demand has been strong for decades, construction activity has remained below even maintenance levels,” said Morningstar. “This has led to system degradation over the years. Although this reality is acknowledged by Republicans and Democrats alike, limited funding continues to be a problem.”