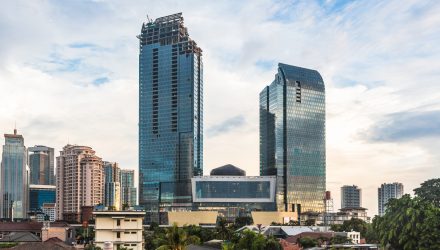 Emerging Markets: Investors Should Keep an Eye on Growth

While the capital markets are communicating a risk-off sentiment with an appetite for bonds and other safe haven assets, investors should keep an eye on emerging markets, which have been experiencing sustained growth.

“Emerging markets are growing, on average, by over 4.5%, and that is pulling up the world economy,” said  World Bank vice president Ian Goldin. “If it wasn’t for emerging market growth. We’d see much, much slower growth in the U.S. and in Europe.”

Emerging markets have always given investors another look at the global growth landscape, particularly since they could be in different economic phases—for example, the U.S. could be reaching a peak while an emerging market country could be in a growth acceleration phase.

Goldin specifically cited Asia as a prime spot for growth.

“I think we’re seeing a rebalancing, a historical rebalancing,” said Goldin. “The center of gravity is clearly moving to Asia. This is a good thing. We’ll have more global growth where it’s needed, in developing countries.”

The U.S. economy has historically been the proverbial tide that lifted all boats, but Goldin feels this is no longer the case.

“When the U.S. gets a cold, the rest of the world is no longer getting (a) fever,” said Goldin.

“As Europe — and to a much greater extent, the U.K. and the U.S. — realize that they are no longer going to be able to run the world, I think they’ll have adjustment problems,” he added. “It’s like, sort of, middle age crisis of chief executives.”

An EM Play on Smartphone Usage