You are at:Home»Equity ETF Channel»Investors Shouldn’t Count on the Fed to Be the Knight in Shining Armor 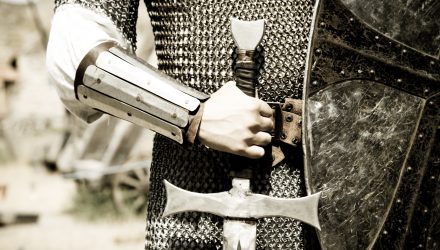 It seems that after May’s trade war turmoil, investors are looking for the Federal Reserve to be the knight in shining armor to slay the next bout of market volatility with one strike from its rate-cutting sword. However, economists like Nathan Sheets, chief economist at asset manager PGIM Fixed Income, warn investors not put too much stock into this fairy tale.

In the meantime, bond investors are making more bold bets that the Federal Reserve could cut interest rates at some point in 2019. While economic data is portraying a solid picture of growth, the capital markets are getting roiled by a volatile May with U.S.-China trade spats coming to the forefront.

The Dow Jones Industrial Average is already reflecting a rate cut expectation with its latest win streak. Despite what the stock market is saying, some Fed officials are not forecasting a rate cut just yet.