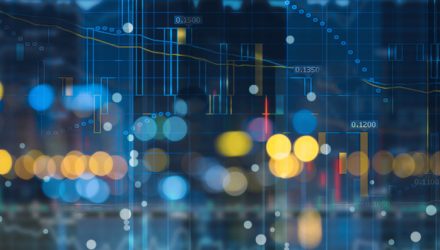 Investor infatuation with low-cost ETFs remained high in 2020, though not necessarily as CFRA forecast a year ago. In the first 11 months of 2019, ETFs that charged just $0.05 for every $100 dollar (0.05% net expense ratio) or less gathered $85 billion, equal to 32% of the industry’s net inflows according to First Bridge Data, a CFRA company. However, ETFs that launched in 2019 from upstarts with a much-anticipated zero or a negative fee pulled in just $67 million of this new money, as investors instead chose to pay a small fee to more established asset managers iShares, Schwab, State Street Global Advisors and Vanguard.

In December 2018, CFRA correctly predicted that the first zero-expense-ratio ETF would launch in 2019; see here. At the time, we noted that money had been pouring into cheap products and the removal of a fee as low as 0.03% would barely make a dent in the revenue stream for deep-pocketed asset managers already competing on price. While we listed Schwab and State Street Global Advisors, along with JPMorgan and Invesco, as candidates for breaking the glass and going to zero, it was new entrant Sofi that offered the first two ETFs with a zero-expense ratio regardless of fund assets. Sofi Select 500 (SFY) and Sofi Next 500 ETF (SFYX) launched in April 2019 with SFY focused on large-cap growth and SPYX on mid-cap growth stocks. SFY does not track the S&P 500 Index as its name suggests it might; instead, it tracks a Solactive one.

Contrast the limited demand with the $21 billion of combined 2019 net inflows into Vanguard 500 Index ETF (VOO) and iShares Core S&P 500 Index (IVV), which track the S&P 500 benchmark and have already achieved significant scale as two of the biggest funds available. Yet, the $12.4 billion of net inflows for VOO was 38% higher than IVV’s cash haul thus far in 2019, likely in part due to Vanguard charging one basis point less in net expense ratio for VOO (0.03% vs.0.04%). There are no differences in the portfolios of VOO and IVV, which resulted in both ETFs generating a year-to-date total return of 26.9% through November. But this is not the case with four popular large-cap growth ETFs that all charge a 0.04% expense ratio yet seek to replicate different indexes.

Vanguard Growth Index ETF (VUG) has been the top performer of the quartet this year, rising 33.1%, and likely not coincidentally has pulled in $1.7 billion, the highest of the net inflows. Meanwhile, iShares Core S&P U.S Growth (IUSG 66 Overweight) was up only 26.6% and gathered just $529 million of new money. IUSG has more of a smallish-cap tilt than VUG and has different sector exposure when CFRA reviews the ETF holdings. For example, IUSG recently had less invested in Information Technology (26% of assets vs. 37%) and more exposure to Health Care (16% vs. 9%).

While there is an intense battle among the large ETF providers to appeal to cost-conscious advisors and investors, CFRA recommends the focus be on what’s inside the fund since that plays a larger role in future performance.