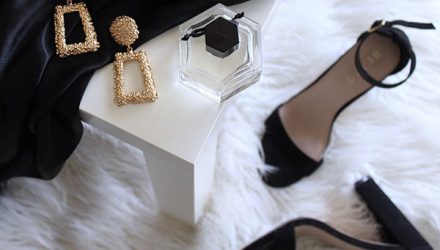 It’s hard to believe now, but the very first Singles Day in 2009 generated only about $7 million for Chinese mega-retailer Alibaba. No one could have guessed then that, 10 years later, the 24-hour shopping event would see that sales figure surge to an all-time record of $38.4 billion, an unbelievable multiple of 5,471.

But that’s exactly what happened this past Monday when millions of eager Chinese shoppers flooded Alibaba-operated Tmall.com and Taobao.com to take advantage of Singles Day discounts on consumer and luxury goods. In the first hour of shopping, as much as $12 billion in merchandise was purchased.

The company’s one-day haul is staggering. To put it in perspective, $38 billion is approximately the same size as the economy of the island-nation of Bahrain. It’s about double the size of resource-rich Botswana.

You can look at these numbers in any number of ways. What they tell me above all else is that the Chinese consumer is alive and well, and reports of China’s economic slowdown have been greatly exaggerated.

The trend of greater and greater Singles Day spending also means that household disposable incomes in the world’s second-largest economy are rising as well. This is good news for manufacturers and retailers of luxury goods, from handbags and sunglasses to suits, watches, jewelry, cosmetics and more.

There’s ample evidence to show that this income growth has momentum and is sustainable, despite recent setbacks such as the U.S.-China trade war.

For one, China is now home to more wealthy people than the U.S. is. That’s according to Credit Suisse’s 2019 report on global wealth, released last month, which finds not only that the Asian country has 4.4 million millionaires, but it also has 100 million members of the world’s top 10 percent of earners, overtaking America’s 99 million members for the first time.

Among them, of course, is Jack Ma himself, co-founder and former executive chairman of Alibaba. For the second year in a row in 2019, Ma topped Hurun Research Institute’s China Rich List with a net worth of $39 billion. Amazingly, the average wealth of China’s top 1,800 earners was a staggering $1.4 billion.

Looking over the China Rich List, I was struck by the number of young, self-made individuals. As many as 156 under-40s made this year’s list, up 24 from last year. One of them, Colin Huang (39)—co-founder of popular e-commerce platform Pinduoduo—is the first self-made entrepreneur born in the 1980s to enter the top 10, having grown his wealth $5.7 billion from last year. Huang is today worth $19 billion, according to Hurun’s report. (Forbes, though, puts him closer to $21 billion.)

Take a look at the charts below. Research firm Wealth-X found that 27.5 percent of China’s ultra-high net worth individuals—those with more than $1 billion—are under the age of 50. That’s well above the global average of just 13 percent. What’s more, a vast majority of uber-wealthy individuals—93.5 percent—are completely self-made.

“China’s affluent post-1980s generation is fueling luxury buying right now,” writes analysts at McKinsey & Co. “They grew up as China emerged as an economic power and are now at the peak of their career and earnings, travel frequently and spend to demonstrate their individualism and success.”

Paying a Premium for Luxury Products and Services

All this new wealth is being spent by young consumers on name-brand, high-quality luxury goods, and travel experiences. A full 91 percent of Chinese respondents to a Mintel survey said that when making a purchase, “quality is more important than price.”

“Consumers are willing to pay a premium for products and services that offer them new and richer experiences that align with their values,” Jin says, “and it is the stable growth of disposable income that is supporting this lifestyle.”

Case in point: Late last month, General Motors announced that it had achieved 1 million sales of its premium Cadillac CT4 since it debuted in China 16 years ago. This milestone followed similar ones made by luxury auto brands Audi, BMW and Mercedes-Benz.

As you can see above, China’s share of the global luxury market is projected to expand even more, from 33 percent in 2018 (when consumers spent $122 billion on high-end merchandise) to 41 percent by 2025 (when they’re expected to spend between $173 billion and $181 billion). That translates to a compound annual growth rate (CAGR) of between 5 percent and 6 percent, according to a June report by Boston Consulting Group (BCG) and Tencent.

In the global travel and tourism industry, Chinese consumers are also now the biggest spenders on luxury items. According to real estate services provider Savills, more than three quarters of Chinese consumers’ spending on luxury goods is done while traveling abroad. Luxury retailers have picked up on this trend, choosing to focus new store openings in cities that attract the most Chinese tourists.

That appears to be a wise decision. Online shopping has been surging for years—as evidenced by Alibaba’s record Singles Day sales—but when it comes to luxury products in particular, Chinese consumers tend to prefer the instore experience.

For more in-depth analysis of global market trends, be sure to subscribe to our free, award-winning Investor Alert by clicking here.

Holdings may change daily. Holdings are reported as of the most recent quarter-end. None of the securities mentioned in the article were held by any accounts managed by U.S. Global Investors as of 9/30/2019.