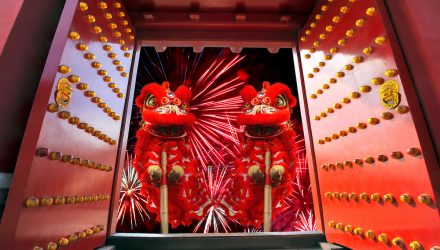 China ETFs Could Continue to Impress

The iShares China Large-Cap ETF (NYSEArca: FXI) and the iShares MSCI China ETF (NYSEArca: MCHI) are among the China ETFs leading this year’s emerging markets resurgence. Entering Thursday, the MSCI Emerging Markets Index was up 9.20% while FXI and MCHI were up an average of 12.60%.

Easing trade tensions between the U.S. and China, the world’s two largest economies, are bolstering the fortunes of Chinese stocks and ETFs such as FXI and MCHI this year and some market observers believe Chinese stocks can continue rallying.

The rally in China stocks and ETFs “comes amid an ongoing trade battle between the United States and China over tariffs, with the Chinese delegation currently in Washington for trade negotiations ahead of the March 2 deadline when increased tariffs could go into effect,” reports CNBC.

What’s Next for China

“Take a look at the FXI. We’ve pushed up to levels right near $43.56. I think this is really an important level. I think if you look back over the last few months getting up above the $43.65 level should cause further acceleration higher,” said Newton Advisors’ Mark Newton in an interview with CNBC.