You are at:Home»Equity ETF Channel»Latest Morningstar Report Makes the Case for Passive ETFs 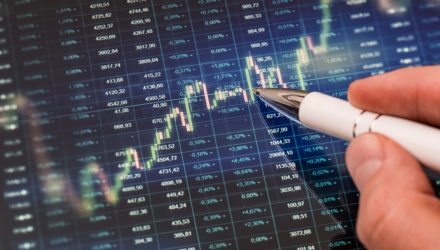 The latest Morningstar Active/Passive Barometer report revealed that only 38 percent of active U.S. equity funds survived and outperformed their average passive counterparts in 2018, which represents a 9 percent drop from 2017. With the increasingly dismal performance by active funds, it argues the case for more investors to use exchange-traded funds (ETFs), particularly the passive variety.

According to data from XTF.com, the number of passive ETFs are over 1,100 compared to active, which comprises over 250. This availability of passive options makes the case for investors to seek ETFs compared to their mutual fund brethren, which are typically actively-managed and carry higher operation costs.

Additionally, with the growth-fueled momentum plays going the way of the dinosaur in this late market cycle, the report also serves as a reminder for investors to take a closer look at quality and value-based factors.

“Here’s even more evidence that the average investor is better served investing in ETFs,” said ETF Trends CEO Tom Lydon. “In addition, investors should pay more attention to quality and value factors as we’re in the later stages of this market cycle.”

Falling the hardest were active foreign stock funds, which have been barraged by trade wars and a strong U.S. dollar. Also feeling the pangs of market underperformance were active fixed-income funds as U.S. interest rates rose four times in 2018 while credit risk remains an ongoing concern as corporations are taking on more debt.