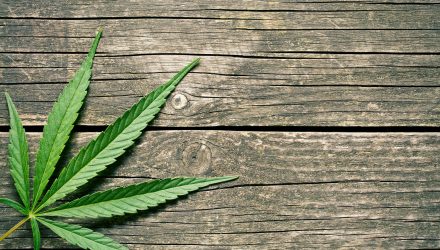 The ETFMG Alternative Harvest ETF (NYSEArca: MJ) gained 0.82 percent on Wednesday after it was revealed that one of its holdings, Aurora Cannabis, scored billionaire activist investor Nelson Peltz who will serve in a strategic advisory role for the company.

According to an Aurora press release, Peltz will “work collaboratively and strategically to explore potential partnerships that would be the optimal strategic fit for successful entry into each of Aurora’s contemplated market segments.”

Shares of Aurora went as high as 12 percent following the news. Peltz was given the option to purchase almost $20 million worth of Aurora shares at a price of $7.74 per share–if exercised, it would make him the second largest shareholder.

“I believe Aurora has a solid execution track record, is strongly differentiated from its peers, has achieved integration throughout the value chain and is poised to go to the next level across a range of industry verticals,” Peltz said in the release. “I also believe that Canadian licensed producers, and Aurora in particular, are well positioned to lead in the development of the international cannabis industry as regulations evolve, with a strong, globally replicable operating model.”

Peltz brings with him valuable experience in the consumer goods industry that includes serving as CEO for New York-based Trian Partners. Peltz is renown in financial circles for his investing prowess that includes taking undervalued companies and pushing them to their profitability limits.