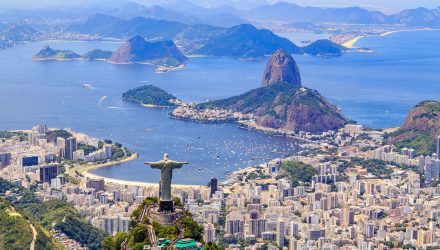 The iShares MSCI Brazil Capped ETF (NYSEArca: EWZ), the largest Brazil exchange traded fund trading in the U.S., is up more than 11% this year and some market observer remain fond of the country’s high-flying equity market.

The outperformance in Brazil’s market comes as investors anticipate key reforms, such as pension reforms, in the coming months under the new President Jair Bolsonaro.

Furthermore, Brazilian stocks are expected to strengthen on the slowdown in U.S. Federal Reserve rate hikes, which is also expected to boost broader emerging markets as the U.S. dollar loses its support. Brazil’s market is also expected to benefit from a privatization and deregulation under the Bolsonaro administration.