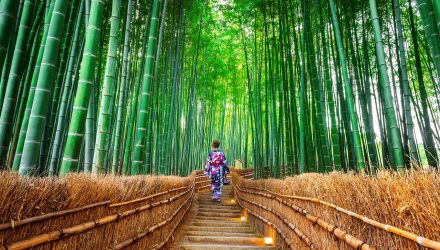 While a U.S.-China trade deal looms and various media outlets are reporting that a deal is close, the threat of trade protectionism to global growth remains, according to Bank of Japan Governor Haruhiko Kuroda.

“There (is) some sort of protectionism” said Kuroda during a CNBC interview on Monday. “That is I think most serious risk involved in the global economy.”

Investors who are seeking single-country exposure to Japan can look to the following ETFs for broad-based exposure or tactical trading:

Kuroda’s comments mirror the view of the International Monetary Fund (IMF) who cut its global growth forecast to the lowest level since the financial crisis, citing the impact of tariffs and a weak outlook for most developed markets. According to the IMF, the world economy will grow at a 3.3 percent pace, which is 0.2 percent lower versus the initial forecast in January.

“By the way, (the) IMF world economic outlook main scenario does assume the U.S.-China trade conflict will not worsen,” Kuroda said.