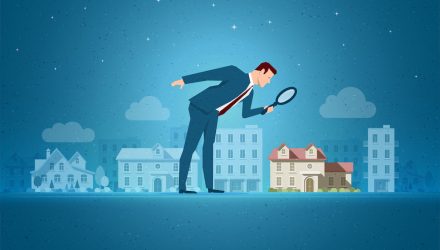 Investors continue to be rewarded for choosing S&P 500 Index based ETFs. In the three-year period ended June 2020, just 28% of actively managed large-cap mutual funds outperformed the S&P 500 Index according to the SPIVA U.S. Mid-Year 2020 Scorecard, with the remainder lagging. On an equal-weighted basis, the average large-cap fund rose just 8.2%, trailing the broader benchmark by 250 basis points., though on an asset weighted basis the differential was just 70 basis points. Such underperformance helps explain why SPY, iShares Core S&P 500 ETF (IVV) and Vanguard S&P 500 (VOO) are three of the four largest U.S. listed ETFs with a combined $667 billion in ETF assets, as well as why 13% of the large-cap mutual funds that were around as of June 2017 failed to survive the SPIVA Scorecard review period.

Large-cap growth mutual funds outperformed even as the bar was highest to overcome. In the three-year period ended June 2020, on an equally weighted basis, the average large-cap growth fund rose 17.2%, modestly above the 16.8% gain for the S&P 500 Growth Index. Investors chose even better with the asset weighted three-year record for large-cap growth funds was 17.4%. This is particularly impressive as mega-cap growth stocks such as Apple (AAPL), Microsoft (MSFT), Amazon.com (AMZN), Facebook (FB) and Alphabet (GOOG.L) have climbed even further in the past year, making it harder to stand out with stock selections.

In contrast, just one in four large-cap value mutual funds kept up with the S&P 500 Value Index. As we discussed in a recent thematic article “How to Avoid Value Traps in Your Fund”, value stocks have recently lagged growth ones as investors have preferred companies with stronger earnings potential given the low interest rate environment. The average large-cap value mutual fund, on an equally weighted basis, generated a 2.2% total return in the three-year period ended June 2020, underperforming the S&P 500 Value Index by 250 basis points. On an asset weighted basis, the gap was just 10 basis points, with the active large-cap value funds generating an average 3.6% return highlighting that the money is concentrated in relatively strong performers.

Nonetheless, investors worried about their ability to choose the future outperformer or are skeptical that the larger funds will maintain performance success might want to consider SPDR S&P 500 Value ETF (SPYV), which charges a miniscule 0.04% fee and replicates the value benchmark.

CFRA star ratings analyze ETFs and mutual funds separately. We have star ratings on more than 1,400 equity ETFs and more than 10,000 mutual funds, but we find different drivers of future results for these two investment products and have different quantitative rating approaches. With ETFs such as SPYV, we focus more on the risk and reward attributes of stocks such as UnitedHealth Group (UNH) and Verizon Communications (VZ) and the differential between the ETF price and its net asset value.

Meanwhile, for mutual funds, such as growth-oriented WPSGX and TGUSX, the consistency of their performance records and their below-average expense ratios are highly important since there tends to be reversion to the mean as well as a wider disparity in mutual fund fees. WPSGX and TGUSX earn five-star mutual fund ratings from CFRA based on a combination of risk, reward, and cost factor analytics.

The average actively managed equity mutual funds has consistently struggled to outperform widely followed benchmarks, which is why ETFs have been adopted by an increasing number of investors and advisors. However, there will be some mutual funds that stand out from the crowd. When choosing among these products, active or index-based, CFRA believes the premise that past performance is no guarantee of future success and should be combined with other analytics.