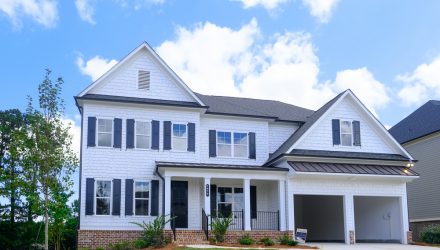 American Housing Is In A Full-Fledged Boom

The US housing market is booming. Last month, the number of Americans buying new houses spiked to a 14-year high. Home prices are growing at their fastest pace since 1991. And US mortgage lenders just recorded their biggest quarter in two decades. Lenders handed out a staggering $1.1 trillion in home loans in the past three months!

I’ve been pounding the table on the US housing market since early 2019. And it’s still one of the best money-making opportunities in the entire stock market today. Not even coronavirus could derail this runaway train.

For example, mortgage applications jumped 50% this year to their highest levels since 2005. In other words, US housing is as strong as it was at the height of the housing bubble.

When I want the insider scoop on housing, I pick up the phone and call Barry Habib.  Barry is the founder and CEO of leading real estate advisor MBS Highway. He spends his days talking to the biggest players in the US housing market.

Here’s what Barry told me: “People who talk about a housing bubble just don’t get it. You can’t have a bubble when inventory levels are lower than they’ve ever been. Housing looks great to me and has for a long time.”

The ‘08 housing bust turned off a lot of ordinary Americans from investing in housing. And it shattered the confidence of homebuilders, too. Scarred by the housing bust, homebuilders have been sitting on their hands for the past decade. Census Bureau data shows an average of 1.5 million homes were built each year since 1959. Yet over the past decade, just 900,000 homes have been built per year.

And it’s created a serious housing shortage in America today. Get this: it would take just three months to sell every existing home on the market. That’s the lowest number since records began in 1963, as you can see: 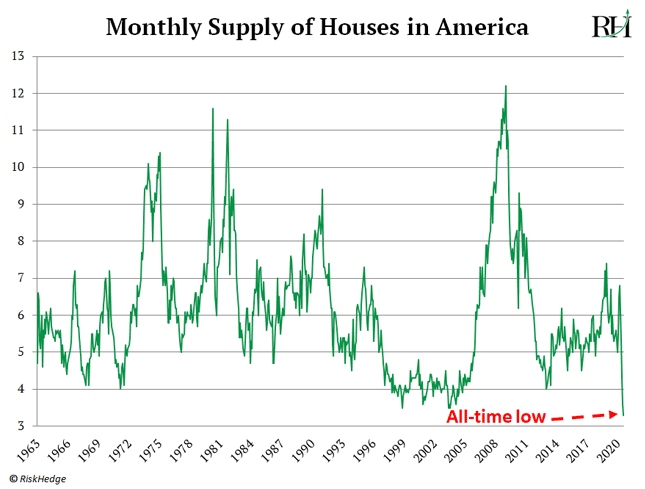 Now A Flood Of Homebuyers Is Rushing Into The Market

Here’s the most important chart in all of housing. It breaks down home ownership by age. As you can see, the number of young folks who owned a home peaked in 2005. And collapsed to record lows over the next decade: 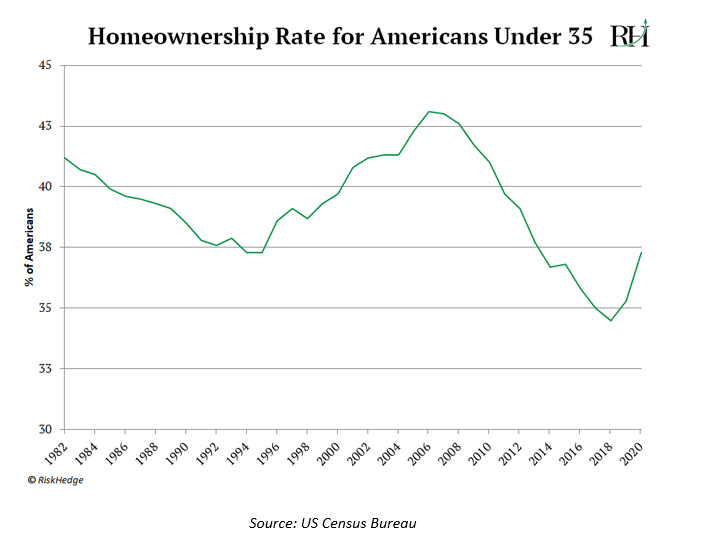 But the indicator started to tick up in 2016. And now a wave of young homebuyers is bursting into the market. Today’s young adults, as you probably know, are called “millennials.” They’re the largest generation in US history, bigger even than baby boomers.

Record levels of student debt forced many young folks to put off buying a home. And many millennials graduated college into a job market that had been decimated by the 2008 financial crisis.

This pushed millennials to wait a little longer to buy their first homes. But as I wrote last year, millennials aren’t kids anymore. This year, the average millennial turns 32. And guess what the median age of a first time US homebuyer is? 31!

According to the National Association of Realtors, millennials’ share of mortgages recently surpassed 50% for the first time ever. In short, this is why US housing is so strong.

And every year for the next decade, tens of millions of millennials will hit home-buying age. In other words, a whole generation of homebuyers will soon flood the market. At a time when there is a massive shortage of homes in America.

This Setup Can Only Mean One Thing

We’re in the early innings of a new homebuilding boom. As Barry Habib told me last year, “The #1 important driver of home prices is supply and demand.” Today, supply is tighter than it’s ever been. And with record numbers of house hunters entering the market, it all but guarantees the housing boom has years left to run.

If homeownership rates for young folks get back to “normal” levels, this will be the largest housing boom in US history. And that means homebuilders must build millions of new homes every year for at least the next decade.

I mentioned builders have been very cautious since 2008. But now they’re finally ramping up. The number of building permits granted shot up to their highest level since early 2007. Ditto for new home “starts,” which jumped to 1.4 million last month. And builder sentiment just hit all-time highs for the second month running.

In short, this setup is handing us a slam-dunk profit opportunity. The Homebuilders ETF (ITB) has surged roughly 70% since I first wrote about this opportunity in early 2019. If you don’t already own it, now is the time to pull the trigger as the US housing boom roars on.

Here’s Another Way To Profit From This Unstoppable Trend

What’s the first thing folks do when they buy a house? They usually start thinking about renovations. With housing sales jumping to a 14-year high, home improvement stocks are ripping higher. Home Depot (HD) and Lowe’s (LOW) hit record highs earlier this month: 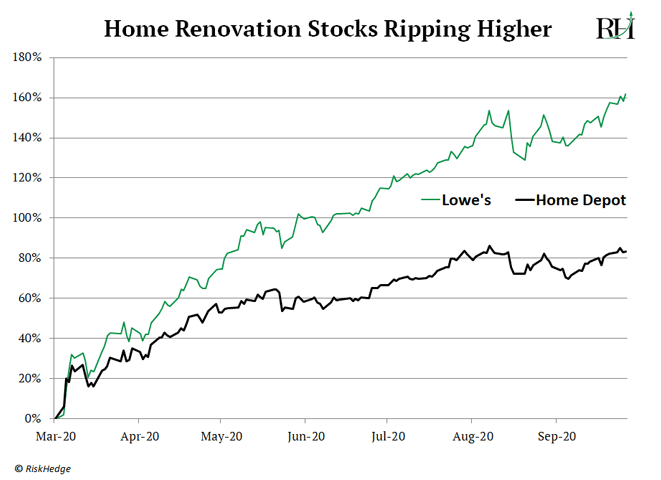 I’ll say it again: The American housing boom has years to run. If you’re not invested in this trend yet, now’s the time to put your money to work.