You are at:Home»Equity ETF Channel»3 ETFs to Watch During the Busiest Week of Earnings Reports 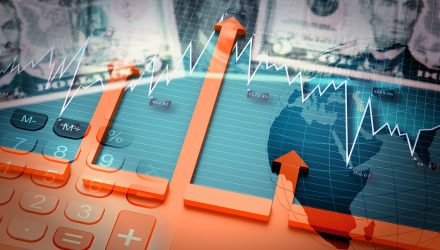 3 ETFs to Watch During the Busiest Week of Earnings Reports

Investors will see the meat of first-quarter earnings this week with a spate of key companies reporting that will fuel or decelerate exchange-traded funds (ETFs) with the largest holdings of companies like Boeing, Lockheed Martin, Twitter, Facebook, Chevron, and Exxon.

The Dow Jones Industrial Average has been stuck in the red, falling by as much as over 50 points on Monday as it preps itself for the busies week of earnings season.

“First-quarter earnings are coming in slightly better, so it’s removed some of the concern from the market,” said Robert Pavlik, chief investment strategist at SlateStone Wealth. “But not enough to move investors out of the sidelines.”

“I think that’s one of the reasons the market is consolidating,” he said.

With that, here are three ETFs to watch this week:

ITA suffered from continued fallout from the crash of a Boeing 737 MAX 8 plane during Ethiopian Airlines Flight 302 on March 10, but has recovered since. ITA tracks the Dow Jones U.S. Select Aerospace & Defense Index composed of U.S. equities in the aerospace and defense sector that includes manufacturers, assemblers and distributors of aircraft and aircraft parts.

With a 20.16 percent weighting in Boeing as of April 22, ITA will be tested with the airline reports its first-quarter earnings on Wednesday. One of its other top three holdings, Lockheed Martin, will also report its earnings a day prior.

Despite the fallout from Boeing, ITA still up 15.8 percent year-to-date based on Morningstar performance numbers. From a technical standpoint, the fund fell below its 200-day moving average in late March, but is back above that level.

Twitter is set to release its fiscal quarter earnings on Tuesday followed by Facebook’s first-quarter earnings on Wednesday. The two social media giants could give hints as to the strength of the overall tech sector in addition to Amazon, which reports on Thursday.

The fund has about a 10 percent weighting in both Twitter and Facebook to round out its top three holdings with Tencent Holdings in pole position. SOCL is up 20 percent YTD as it awaits the results of first-quarter earnings reports.

To close out the week, energy behemoths Chevron and Exxon will report their first-quarter earnings on Friday. The price of oil climbed on Monday following U.S. President Donald Trump ending waivers on companies wishing to purchase Iranian oil without facing stiff sanctions.

Global investment bank RBC Capital Markets is expecting more increases in oil prices, going as far as saying that crude could reach the $80 price level this summer. Overall, RBC Capital Markets is forecasting Brent crude prices to average $75 for 2019–up from a previous 2019 forecast of $69.50 per barrel–a boon to energy ETFs like XLE.