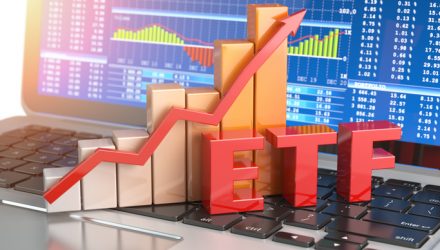 U.S. exchange traded funds attracted $21 billion worth of investments in July, taking the total year-to-date ETF inflows over $150 billion. Almost half of the inflows coming from fixed income.

A question does emerge: with a handful of popular equity ETFs recording massive inflows, why aren’t there big fixed income ETFs with the same big numbers attached to them? It’s partially due to the large variety of bond ETFs taking in a lot of money from investors across the board, including the 20-year, to the 3-month, to mortgage backs, to junk bonds, to municipal funds, according to Dave Nadig, managing director of ETF.com, on today’s CNBC ETF Edge show.

“The entire U.S. bond sector has just been an umbrella turned upside down, catching money from investors,” Nadig said.

With bond ownership in mind, Kevin O’Leary of O’Shares ETFs doesn’t see much cause for taking duration risk at 1.8% of the 10-year. As he states, “It doesn’t make intuitive sense when I can get 2.4-2.5% yield on the currency of equity.” He explains how the companies that are issuing credits are paying less in yield than the dividend received in owning a stock.

It’s an odd time and there’s simply no reason to place one’s capital into a 10-year duration at under 2%, O’Leary said.

“Depending on how the market decides to shift, it’s all the easier to lose a lot of money,” O’Leary said.

Still, the lack of inflation is worth questioning. With the Fed cutting rates, and the tariffs around the world, inflation should be occurring to some degree. At least that’s the theory.