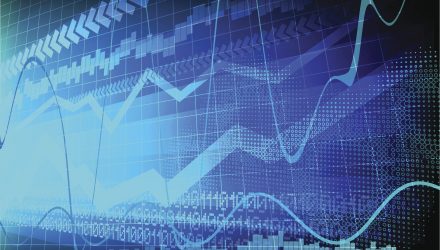 It’s been a year to remember for the S&P 500 in 2019 as the index rose close to 30% to reach its highest level since 2013. The index wasn’t alone with the Dow Jones Industrial Average and Nasdaq Composite hitting their own highs in a year-end stock market rally.

2019 wasn’t by all means a smooth ride to gains as inverted yield curves injected recession fears into investors, as well as the possibility of slowing global growth, and of course, trade wars. This caused a considerable safe haven flight to bonds, which pushed down Treasury yields while bond prices rose.

“We climbed a wall of worry, from a growth slowdown and profits flat at best, trade concerns, potential impeachment, and high valuations bothering investors — including myself,” said Ned Davis, founder of Ned Davis Research, in a note.

A “phase one” U.S.-China trade deal agreement late in the year solidified a Santa Claus rally to cap off 2019. U.S. President Donald Trump said via Twitter that the deal will be sealed on January 15.

I will be signing our very large and comprehensive Phase One Trade Deal with China on January 15. The ceremony will take place at the White House. High level representatives of China will be present. At a later date I will be going to Beijing where talks will begin on Phase Two!

“That one’s in the bank,” White House advisor Peter Navarro told CNBC’s “Squawk Box” on Tuesday, in reference to the phase-one agreement. “We’re just waiting for the Chinese translation of the 86-page agreement and I’m trying to figure out whether it’s going to be more pages or less in Chinese.”

Still, market experts are forecasting just moderate gains for 2020 after a record 2019. As such, investors should take caution and exercise due diligence prior to allocating their capital.

“By any objective measure US large cap stocks start 2020 on perilous footing. Valuations are rich. Corporate debt levels are at record highs,” said Nicholas Colas, co-founder of DataTrek Research, in a note. “But… we know the Federal Reserve has learned its lesson. It will be quick to ease if necessary and slow – very slow – to raise rates.”