You are at:Home»Entrepreneur ETF Channel»Why Tax Hikes Could Stall Growth 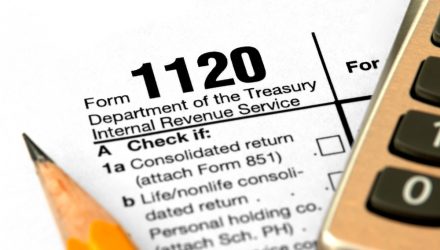 Why Tax Hikes Could Stall Growth

With the White House needing revenue to fund an ambitious $3 trillion infrastructure package, corporate tax hikes are now very much on the table.

Investors in growthier assets like the ERShares Entrepreneurs ETF (ENTR) may have it better than most.

“Ultimately, companies will shift to tax havens such as Ireland or UAE, where higher taxes won’t hurt them,” according to the issuer. “Ados encourages investors to keep an eye on entrepreneurial companies as they emerge from the economic recovery. She believes they are the best hope in developing effective growth strategies to offset potential tax rate increases.”

ENTR also includes sophisticated screens to weed out undesirable companies. The factors screened include management, which requires set factors regarding a company’s management, such as the turnover among the top five executives within a company compared to other companies in the broader universe. A profitability screen requires a company to meet predetermined criteria regarding net income over a static threshold to be included, including the company’s net income as compared to predetermined benchmarks.

Citing an economic recovery in tow, the Fed recently decided to keep rates steady while forecasting stronger guidance for the next couple of years.

“As widely expected, the Fed held interest rates steady at a near-zero level in its latest meeting,” a Nasdaq article said. “U.S. interest rates have been this low since March 2020. Federal Reserve officials continued to project near-zero interest rates at least through 2023, while boosting economic growth expectations on vaccine and stimulus optimism.”