Female entrepreneurs are disrupting the traditionally male-dominated field of bioscience. One such disruptor is Dr. Emily Leproust, CEO and co-founder of Twist Bioscience (TWST), whose pioneering work on DNA-based applications and high-throughput DNA synthesis and sequencing is being used in everything from the fight against COVID-19 to brewing a better bottle of beer.

“High-throughput DNA sequencing” refers to a range of next-gen technologies that, essentially, make DNA synthesis and gene sequencing much quicker and more inexpensive to carry out. That in turn enables genetic engineering to be used in a range of medical and non-medical applications that before would have been cost-prohibitive, including digital data storage, medical diagnostics, therapeutics, food technology, and more.

Born in France, Leproust earned her PhD from the University of Houston in Organic Chemistry & Nucleic Acids Chemistry. She founded Twist Bioscience in 2013 with her co-founders, Bill Peck and Bill Banyai. The firm went public five years later; just three short years later, it has already hit a market cap of $4.9 billion.

Prior to Twist Bioscience, Leproust held escalating leadership positions at Agilent Technologies where she developed the Oligo Library Synthesis technology.

As a disruptor in the field of gene synthesis, Leproust has been named one of Foreign Policy’s 100 Leading Global Thinkers, as well as one of Fast Company’s 100 Most Creative People In Business. In 2020, she was awarded the BIO Rosalind Franklin Award, which recognizes and promotes outstanding contributions from women in science, technology, engineering, and mathematics.

“Dr. Leproust is a believer in using entrepreneurship as a vehicle to deliver her research to the world,” says investment management firm ERShares.

Leproust is just one example of the women founders whose businesses are a focus of ERShares’ entrepreneur-driven strategy, entrepreneura.

entrepreneura tracks companies led by female entrepreneurs who are disrupting their respective industries. The fund tracks global companies in diverse sectors and themes, from 3D printing to renewable energy, from e-commerce to genetic engineering.

Leproust’s story captures the essence of what the entrepreneura fund strategy represents: “women-led entrepreneurial investment strategies to elevate the power of women leaders and their contemporary successes.”

ERShares also offers two ETFs, including the ERShares Entrepreneurs ETF (ENTR), which currently holds 2.96% of its portfolio in Twist Bioscience. 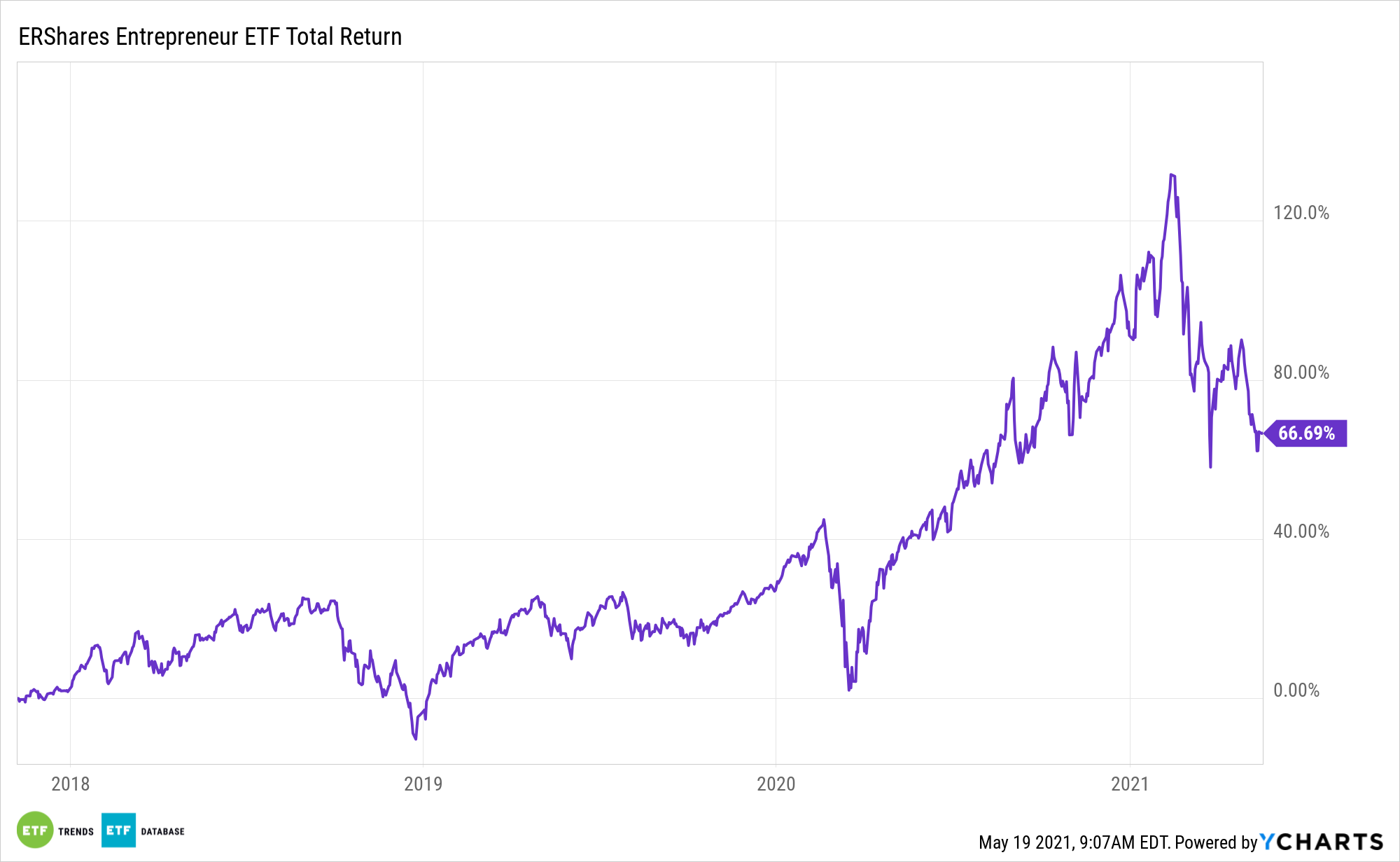