You are at:Home»Entrepreneur ETF Channel»Joel Shulman: Investors Gearing Up for High-Growth Tech 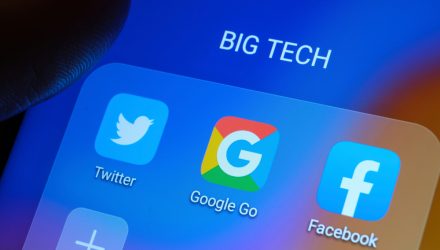 The outlook for high-growth tech stocks looks positive, according to ERShares founder and CIO Joel Shulman, in a recent interview with Cheddar.

As a result, many high-growth stocks are up anywhere from 6-8%; some as high as 20%. “That will probably continue, as long as the 10-year bond is low and as long as inflation seems to be in check,” he added.

Inflation has been a major concern for investors, and Shulman sees it as the next big market catalyst.

“The market certainly has been focusing on inflation, whether it’s demand-pull with wages, cost-push with energy and food prices. So we’ve got both types of inflation at work,” he said. “People are monitoring cost-push, demand-pull very closely, they want to see if the Fed’s going to taper.”

Shulman predicts that with the markets remaining stable and inflation holding steady, there will be a circling back to the tech sector for investors.

“Tech came out early this year, they peaked around February for the high-growth stocks, those came down quite a bit,” said Shulman. Investors are now seeing tech stocks start to go up slowly.

Of the many inflation metrics the Fed factors into its decision-making process, Shulman pointed to a few that he sees as more important than others.

First of all were job vacancies, which are at all-time highs due to the pandemic—and exacerbated by an aging workforce.

“We’ve got 75 million baby boomers that are retiring at the pace of 2-3 million people per year… when they come out of the work force, they spend less money. It’s opening up jobs but they’re not the same level as what we previously had when the boomers were at peak earnings levels.”

He also pointed to commodities, including rising energy prices, lumber prices, metals, and food. Corn prices went up 30-35% year-to-date, according to Shulman.

“Corn prices are up and that’s something that feeds into everything,” said Shulman. “If those prices increase and then they’re passed along and people are willing to pay for it, we could have a cost-push inflation along with demand-pull with wages.”

However, Shulman said that food prices and other inflation factors could be mitigated. “We see them mitigating, we see them coming down a little bit (in) June, July and August. It allows the Fed to continue with their purchases and not taper until 2022 or 2023,” he added.

Shulman on the Short Squeeze Sensation

When pressed about short squeeze “meme” stock trading frenzy, Shulman said that the situation has evolved quickly. Back when the initial short squeeze with GameStop occurred, “the amount of shorts exceeded the float by about 10%,” said Shulman, and it typically took 5-10 days to cover the short squeeze.

Now, however, shorts can be covered within a day typically.

Internal research from ERShares indicates that Clover Health had the highest level of float shares sold short, of more than 56,000 companies surveyed.

“The shorts have gotten very smart on this, they’re not going to stocks that they can’t get out within a day… If you’re going to be involved in a short squeeze and buy the stock, you’ve got to be early in and early out,” said Shulman.

“You don’t want to be the last person to sell,” he added.