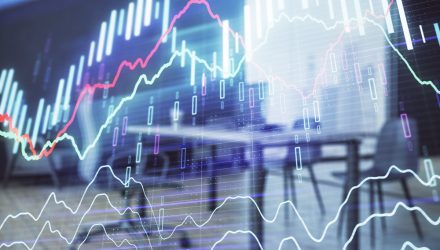 Big tech stocks have notched big gains, but they still have room to move even higher throughout May and the rest of 2021, said Joel Shulman, founder and CIO of ERShares, in an interview with Fox Business.

All three companies have pivoted to perform exceedingly well in the midst of the pandemic, he pointed out, with Amazon’s EBIT increasing by 36%: “we haven’t seen this type of company ever.”

While many companies outperformed expectations, Shulman believes that some value stocks or high fliers “may be in trouble,” as exemplified by Twitter (TWTR) last week and Pinterest (PINS).

Changes in the capital gains tax could also introduce some “choppiness” into the markets, he said.

First quarter reporting saw 95% of tech stocks beating earnings, noted Shulman, but their recent volatility has made it difficult for analysts to predict what to expect next.

Analysts are “having an extremely hard time” predicting the trajectory of even well-known companies like the FAANGS, where predictions were way off. Avis Car Rental (CAR) is a value stock that personifies this; it is currently at an all-time high after being close to bankruptcy a few months ago.

“Unfortunately, with earnings so far, the guidance hasn’t been very helpful,” he added.

“We saw what happened last year,” he said, noting that individual investors opened up accounts with Robinhood, Schwab, and IBKR en masse. But “there’s still a lot of cash on the sidelines.”

Individual investors are putting their money into Coinbase and Bitcoin, as well as high growth stocks, which have taken a hit recently.

When asked if he was worried about the Biden administration potentially gearing up to push higher taxes, Shulman acknowledged that corporations and entrepreneurs could encounter more issues.

“As we’ve seen in the past, when corporate rates go up, it encourages companies to go offshore,” he said.

That’s because increasing capital gains taxes encourages companies and entrepreneurs to find ways to cut taxes, either through avoidance or evasion.

Specifically speaking to the entrepreneurial sector, Shulman said that entrepreneurial growth could be inhibited, because as taxes increase, founders and CEOs are going to “scale back on some of their growth in the organization development” as well as “the R&D and the properly planning equipment expenditures they’ve been making.”

Overall, however, Shulman remains positive on the outlook for the rest of the year. “We think we’re going to end the year higher,” he concluded.