You are at:Home»Expert Insights»An Enthusiast’s Guide To A Great Webcam Shot 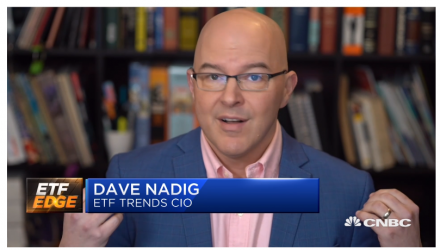 An Enthusiast’s Guide To A Great Webcam Shot

I’ve always been fascinated by photography and movie making.  I got my undergraduate degree in creative writing and moved to LA in the 1980s to write the Great American Screenplay. I ended up writing the Great American Title Page, and slid into the production side of the business and, if I’m honest, don’t have much talent when it comes to putting ideas on screen.

But what I did do was develop an absolute passion for the process and the tech. I spent time learning how to load film cameras on sets, how to run a Chyron machine for Awards Shows on TV and spent a few years working on a daily, live 90 minute home improvement show called “Home” on ABC.

Fast forward a decade, and I helped build a mutual fund company called “MetaMarkets,” where part of our shtick was that we had live feeds from our trading desk and broadcast every move we made.  In 1998 or so, that was a big deal, technologically, but it was a blast figuring it all out.

For the past 20 years, I’ve worked from a home office, which means Video has been a part of my life.  In the past few years, the technology and the internet have gotten good enough that for a few thousand bucks, you can actually feed a TV network an image and audio, that’s as good or, in some cases, better than what they produce in the studio.  Things move fast.

But all that said, I am NOT an expert. I’m just a guy who’s into this stuff as a hobby and has applied some of that to work.

The Image: What We’re Shooting For

I apologize in advance that this is a picture of me.  I have no delusions about being a bald, overweight white dude who wears glasses and has little fashion sense.  But I still want to look as good as I can, I mean, who doesn’t? This is the image of my default shot after it’s been transmitted to CNBC via Skype, compressed like heck for online video.  So this is as bad as the shot can look (it’s better if I’m recording locally, of course).

So the elements to a good shot here are (at least, in my opinion):

My solution to the above isn’t unique – I’m sure I cobbled it altogether out of 100 Reddit posts and extensive time on DPReview.com.

Here’s the kit you need to get all of the above:

Camera: This is an important part, but not the most important part (that’s next).  The gold-standard here is using a full-frame mirrorless interchangeable-lens camera. “Full Frame” means the sensor at the back of the camera is a full 35mm film size. “Mirrorless” means that the light travels directly from the environment, through the lens, and to the sensor, without going through a mirror/prism to get to an optical viewfinder. “Interchangeable Lens” means just that, and is important, because the lens you get by default with almost any camera of any price is usually hot garbage.

All the big manufacturers (Canon, Nikon, and Sony) now make camera systems that meet these criteria.  I have no experience with the latest Canon and Nikon systems because I opted to go all-Sony in an upgrade a few years ago.  You can spend $10k on a camera body if you want to go nuts, but I’m a fan of two particular Sony camera bodies: The Alpha 7 ii and the Alpha 7 iii sell for about $1400 and about $2000 respectively, and both are excellent.  The more expensive version gets you much better low-light performance, longer battery life, and a better autofocus system. The extra scratch also gets you a full 4K video if that’s your jam.  I have both bodies, and I think for this purpose, the Alpha 7 iii is the better call, but it’s real money to make the difference.  And you need to save some for …

Lens: The single most crucial part of the system.  Go ahead and get whatever lenses you want to play with, but if your taking shots of peoples’ faces, the industry long ago decided to make specific lenses for that purpose: portrait lenses.  With focal lengths between about 75 and 90mm, a portrait lens gets the camera far enough away to reduce the fish-eye effect that causes human faces to look cartoonishly round (and I’ve you’ve been watching a lot of Zoom conference calls with everyone on laptop webcams, you know what I mean.)  What you want in a portrait lens is center-sharpness, no color aberrations, and smooth “bokeh” – how the out of focus part of the image looks.

Ultimately, these things are in the eye of the beholder, but I generally recommend the Sony FE 85mm F1.8.  The F1.8 tells you that “this lens opens really wide,” and that’s good.  Wide-open lenses give you a very shallow depth of field. This particular Sony lens has become somewhat legendary among photo nerds for its portrait look, and at about $600, is a reasonable bargain.  If you don’t believe me, the REALLY good lens for this is the Sony FE 85mm F1.4GM lens. It’s incredible. It’s also $1,800. You could, however, put it in a sock and re-enact daredevil action scenes using it as a weapon, and while it would be dented, it would still work.

Lights: The good news is that the sticker shock is over.  The last optical component here is lighting.  You can leave your office lights on and your windows open, and you might be OK, but most likely, you’ll have flat, nondirectional lighting that’s not designed to make human skin look good.  Two cheap, adjustable LED panels on stands solve this. They’re all over Amazon, but here’s what I bought from Dazzne.  The important thing is that you can adjust the color temperature.  I set mine around 4500, which is slightly “warm.” A remote to be able to turn them on/off at your desk is helpful too, and most kits will come with stands.  Lighting is a whole science in and of itself, but generally, I find one panel pointing at me to the side of the camera, and then one looking at a wall or ceiling to create a second diffuse source, works pretty well.  If the light seems “harsh” in your shot, throw a sheet over the one pointing right at you, or you can buy a diffusion filter.

Camera Settings: I can only speak for Sony, but out of the box, it does pretty well. Keep the aperture as open as you can, and experiment with default program settings to get the look you like. In the case of the Sony’s, there’s a “movie” setting on the dial which works well.  Focus CAN be fiddly, particularly with cheaper camera bodies.  You may need to either lock the focus manually or fiddle with your options to make sure the lens doesn’t “hunt” to focus while you’re in the middle of a shot!  If you’re always shooting the same location, manual focus is the way to go.

Connections: The above will let you get an image into the camera that’s pretty good. To get that into your computer (so you can use it as a webcam), you need cables (most use a Mini-HDMI connector from the camera, so you need either a mini-to-regular-HDMI cable that’s long enough or you a short adapter and a regular HDMI cable.  Quality matters here, especially if your spitting out 4K to the computer for some reason).  That HDMI then needs to go into some sort of capture device.  Elgato is the standard in the gaming community for a good reason: the stuff just works, and it’s relatively cheap. I have both a CamLink 4k (which is literally just a USB dongle) and I have a backup card installed in my desktop computer. I’ve used their other products too, and all of them just work.

Accessories: You’ll want some kind of a tripod, and most likely some way to keep the camera plugged in, without a battery.  These are very specific to each camera body (here’s mine), but you can find them for every camera out there.  A teleprompter can also be helpful, but fiddly.  I use mine to be able to see the incoming video feed when I do TV hits (which makes it easier to stay camera focused), and to hold scripts if I’m doing something pre-recorded.

Audio:  Technically, any camera that records video also has a microphone, but it will be garbage.  There are three options to do better.  The first is to buy a lavalier that plugs into the camera itself (Shure is the standard, here’s a cheap one).  The audio will them come through the HDMI cable and you’re done.  This gets you pretty much to “OK.” It’s also a pain in the neck, getting it positioned each time you want to hop on a call.

To my mind, a better option is to have a dedicated mic connected to your computer. The Blue Yeti is the industry standard for podcasters, and it just plugs right into a USB port.  You can even get them already set up to use a scissor boom.  My solution is unnecessarily complicated because my other hobby is making very bad music, so I have a full mixing board and half a dozen mics around to choose from.  The Yeti is much smarter.

Of course, you’ll want to hear as well.  For a casual web conference, you can use your speakers, and the combo of conference software + good mic should keep you from having weird echo for the participants.  If, however, you’re doing something more formal where having a really clean audio track is essential, just grab yourself an IFB (Interruptible Foldback, it’s an old TV term) earpiece for cheap.

Making It All Work

OK, you’ve got your camera all set, your lights are on, your Mic is hot, and it’s all piped into your computer.  For the most part, you’re set.  You can just tell Zoom or Skype or what not to use the Elgato capture device as your camera, and your USB-Mic as your microphone, and it probably works.

If you want to get fancy, there are a few software upgrades you can make. I’m a fan of a little piece of software called ManyCam.  It lets you really manipulate your image, from cropping and changing color balance to all sorts of stupid stuff like fake-green screens or putting on dumb hats.  Mostly, however, it lets you manage your computer like a video switcher.  You can have multiple cameras coming in, a PowerPoint deck, maybe a Bloomberg window, all as virtual “cameras.” Not necessary, of course, but I find it can solve problems now and then.  On the audio side, Windows can sometimes be fiddly about what sound is coming from and going to what programs, so I use a virtual in-computer mixing board called VoiceMeter to do things like pipe the sound from one program to my headphones, but the sound from another into recording software.  That’s deep end of the pool stuff, but if you get into this as a hobby, a useful utility.

And that’s it.  Personally, I find fiddling with all of this stuff fun.  But I can also see folks reading this and thinking, “you have GOT to be kidding me!!??” For those folks, just grab a Logitech C930e when they come back in stock somewhere. It’s better than your laptop camera, and the mics work well enough.

But if you want to get your internal Kurosawa going, I hope this is helpful.