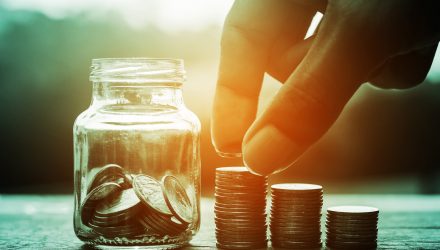 While yields on developed market sovereign debt, including U.S. Treasuries, remain low, many fixed income investors are showing they are no longer enamored by high-yield corporate debt and the relevant exchange traded funds.

“Funds that buy bonds of companies with relatively fragile balance sheets had $600 million in withdrawals in the seven-day period through Nov. 9, according to a Bank of America Merrill Lynch report citing EPFR Global data. The trend is borne out by Lipper U.S. Fund Flows data, which shows investors yanking cash out of the U.S. junk-bond market for two consecutive weeks,” according to Bloomberg.

For the week ended Nov. 9th, investors pulled nearly $900 million on a combined basis from HYG and JNK, putting both ETFs in the top 10 for lost assets over that period.

“The yield on U.S. high yield has slipped as spreads have compressed. At 5%, high yield does not seem to offer particularly generous returns, especially when you consider that the long-term average is closer to 10%. Still, a 5% yield looks enticing given the alternatives in other bonds,” according to BlackRock.