You are at:Home»Featured»Energy Sector ETFs Could Maintain Their Strength 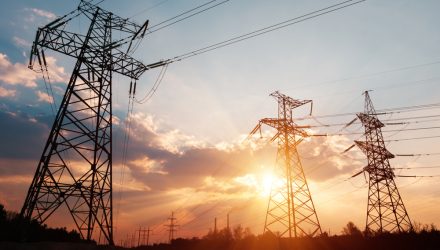 The Wall Street Journal reports that executives at U.S. drilling companies are refraining from boosting output despite high crude oil prices as shareholders have made it clear that they want management to emphasize profitability instead of expanding production.

For example, executives at firms including Pioneer Natural Resources Co., Occidental Petroleum Corp., and Range Resources Corp., which once backed compensation plans to produce certain volumes of oil and gas with little regard for the economics, are now seeing their bonuses tied to a company’s profitability. Now, according to recent securities filings, executives are being rewarded for keeping costs down and returning cash to shareholders.

The focus on profitability over growth has helped support the recent bull rally in energy sector stocks and also helped explain why drillers aren’t aggressively pumping out more in the face of the highest prices for oil and natural gas in over a decade. Output still remains below pre-pandemic levels despite crude prices already doubling since then and natural gas prices quadrupling.

“We’re not hearing a lot of management teams talk about growing production or drilling new wells in a significant way,” Marcus McGregor, head of commodities research at money manager Conning, told the WSJ. “They won’t get paid to do so.”

Shale drillers have told their investors that they will keep their drilling plans made when commodity prices were lower and keep their steady output instead of chasing short-term elevated fuel prices. Shale executives argued that they would better utilize profits to repay debt and return value to investors through dividends and buybacks.

“Companies were burning cash and trying to maximize production,” Kristoff Nelson, director of credit research at investment manager Income Research + Management, told the WSJ. “That’s not what investors are looking for anymore.”