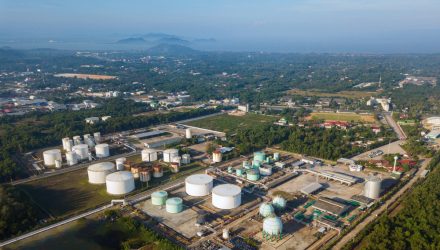 What the Inflation Reduction Act Means for Midstream

Dubbed the Inflation Reduction Act of 2022, the package would authorize the biggest burst of spending in U.S. history to tackle global warming — about $370 billion to reduce greenhouse gas emissions to 40% below their 2005 levels by the end of this decade, according to The Washington Post. The House is expected to approve the bill and send it to the White House for President Biden’s signature later this week.

For energy infrastructure, the 45Q adjustments and hydrogen incentives included in the bill are of particular interest, Stacey Morris, head of energy research at VettaFi, said.

Morris stated that investors have been focused on the implications of the alternative minimum tax for energy companies broadly. For midstream, the focus has been on what the bill will mean for the timing and magnitude of cash taxes for corporations.

Interestingly, the Alerian MLP Index (AMZ), tracked by the J.P. Morgan Alerian MLP Index ETN (AMJ), has outperformed the Alerian Midstream Energy Corporation Index (AMCC) by approximately 75 basis points since news of the bill broke on July 27, according to Morris, although much has impacted performance with earnings season underway and commodity price volatility.

vettafi.com is owned by VettaFi, which also owns the index provider for AMJ. VettaFi is not the sponsor of AMJ, but VettaFi’s affiliate receives an index licensing fee from the ETF sponsor.