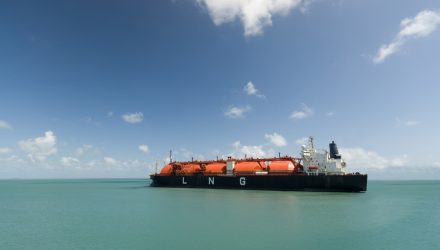 US LNG Projects a Mixed Bag Despite Strong Backdrop

The US was already on track to become the world’s largest LNG exporter this year, but the global energy crisis that has unfolded since Russia invaded Ukraine has made US LNG supplies even more critical. US liquefaction players have capitalized on the strong market conditions seen this year, while those developing new export capacity may have benefitted from a stronger backdrop for securing long-term purchase agreements. With these macro tailwinds, some projects advanced to final investment decisions (FID) – the point at which a company commits to move forward with a project – and others have encountered delays or unforeseen setbacks. This note discusses the LNG projects currently under construction and those that are still awaiting FID.

US LNG export capacity was essentially non-existent before 2016, but the US has become a major LNG supplier in short order thanks to an abundance of natural gas and a slew of export projects coming online over recent years. Growth in LNG export capacity has wide-ranging benefits, including tertiary benefits for other energy companies such as natural gas producers and midstream companies. Producers see greater demand (and this year, higher prices) for their natural gas, and midstream providers can generate more fees by processing and transporting that natural gas. Today, US peak nameplate LNG export capacity totals 14.0 billion cubic feet per day (Bcf/d), which equates to about 13% of total average forecasted US natural gas production for 2022. Projects currently under construction (i.e., ones that have reached FID) are expected to increase US export capacity by 40.3% to 19.7 Bcf/d by the end of 2025 as shown in the chart below. This includes one project that reached FID before the pandemic and two projects that reached FID in 2022.

Golden Pass LNG, a joint venture between Qatar Energy and ExxonMobil (XOM), is currently under construction and expected to begin service in phases in 2023 and 2024. The facility, which reached FID in 2019 has a total peak nameplate capacity of 2.4 Bcf/d. Golden Pass has signed 20-year contracts for natural gas supplies from the Gulf Run Pipeline owned by Energy Transfer (ET) and Natural Gas Pipeline Company of America, owned by Kinder Morgan (KMI) and Brookfield Infrastructure Partners.

In June, Cheniere Energy (LNG) announced FID for the Corpus Christi Stage 3 LNG project. Cheniere secured a $4 billion Senior Secured Term Loan that it states will be used to finance approximately half of the total project cost, with Cheniere expecting to fund the remaining portion. Corpus Christi Stage 3 has a peak nameplate capacity of 1.5 Bcf/d and is expected to come into service in 2025.

Some Projects are Seeing Delays

While the strong macro backdrop helped push two projects to FID this year, there have also been setbacks for the industry. Most notably, in June a fire at the Freeport LNG plant in Texas caused the facility to temporarily come offline. Freeport, which accounts for over 15% of peak nameplate liquefaction capacity in the US, is targeting an initial restart in mid-December, with each train starting separately and full production anticipated in March 2023. Freeport had also previously expected to reach FID this year on a fourth train with an additional 0.7 Bcf/d of capacity, per Energy Information Administration (EIA) data.

Other projects under development have seen setbacks or delays – an outcome that is not uncommon or particularly surprising given that these projects are capital intensive and can be slow moving. Challenging financial markets can also make it difficult to secure needed financing for these projects. Projects generally cannot move forward to FID without financing in place.

Energy Transfer (ET) was previously targeting FID for its Lake Charles LNG project by the end of 2022, but the company is now aiming to reach FID in 1Q23 based on comments made on the November earnings call. ET expects to finance ‘a significant portion’ of Lake Charles LNG by selling equity in the project to infrastructure funds. Management also noted the potential to sell an equity interest to industry participants in conjunction with an LNG purchase agreement. ET has signed long-term sale and purchase agreements representing approximately half of Lake Charles’ permitted capacity. Once the LNG facility is operational, ET expects to generate significant additional cash flows from its Trunkline pipeline system and its other natural gas pipelines that would supply Lake Charles.

Other projects that were expected to reach FID this year include Tellurian’s (TELL) Driftwood LNG, NextDecade’s (NEXT) Rio Grande LNG and Glenfarne Group’s Texas LNG project, according to the EIA data. In September, Tellurian (TELL) announced its focus on finding equity partners for its Driftwood LNG project after withdrawing a note offering due to uncertain conditions in the high-yield market. NEXT raised $85 million through a private placement equity sale in September, with proceeds to be used to continue the development of Rio Grande LNG. In May, Texas LNG entered a joint venture with Technip Energies USA and Samsung Engineering to lead the delivery of the project. It is unclear when these projects may reach FID as 2022 is quickly drawing to a close.

Geopolitical events have arguably bolstered the outlook for US LNG demand over the coming years. While two major export projects have moved forward to FID, others have encountered setbacks that can be typical for large, capital-intensive projects, and timelines for some projects remain unclear. Despite mixed outcomes for projects thus far in 2022, the long-term outlook for US LNG exports remains bright, providing opportunities for energy infrastructure companies.