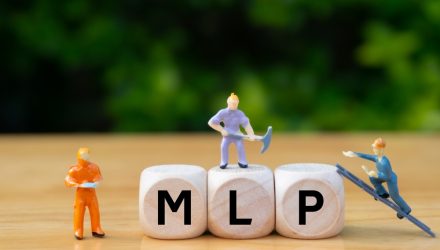 The Key Differences Between MLP Distributions and Corporate Dividends

MLP investing is favored for its generous income; however, it’s important for investors to understand the differences between MLP distributions and corporate dividends.

Both dividends and distributions are payouts of company profits, serving as income for investors. The terms are often used interchangeably but have very different tax implications.

C-corporations most commonly distribute cash payouts in the form of dividends. Qualified dividends are taxed at the lower long-term capital gains tax rate, as opposed to an individual’s regular income tax rate, which is higher. Qualified dividends typically include those paid by U.S. companies, or international companies trading on a major U.S. exchange.

Nonqualified dividends, such as those paid by REITs, are taxed at the regular income rate, according to the IRS.

MLP dividends are called distributions because of the partnership structure. MLPs are pass-through entities and do not pay taxes at the company level if 90% or more of their income is from qualifying sources. This has historically allowed MLPs to pay out more of their cash flows to investors as distributions, according to VettaFi.

MLPs not only provide generous income, but also tax-advantaged income. MLPs do not have the double taxation associated with corporate dividends and have historically provided attractive income that is largely a tax-deferred return of capital, meaning that taxes are not paid on that portion of the distribution until the investor sells their position. Typically, 70%–100% of MLP distributions are considered a tax-deferred return of capital, according to VettaFi.

An MLP unitholder is responsible for paying state income taxes on the portion of income allocated to the unitholder for each individual state in which the MLP operates; however, in most cases, unless the unitholder owns a large position, the share of allocated income is small, and the unitholder may not have to file in some states due to minimum income limits, according to VettaFi.