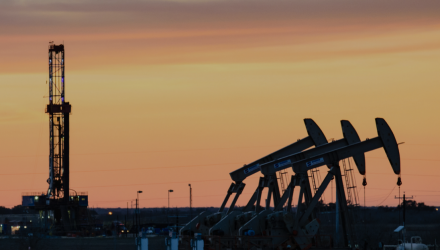 For most energy observers, the Permian Basin needs little introduction. It’s the largest oil-producing shale play in the U.S., and the second-largest basin for natural gas production, behind the Marcellus/Utica. The Permian accounted for 43% of total U.S. oil production and 17% of total U.S. natural gas production in the first four months of 2022. The basin produces more oil than any OPEC member, except Saudi Arabia. The Permian’s abundant resources, favorable economics, established infrastructure, and relative proximity to end markets will continue to drive production growth. Today’s note provides an overview of the outlook for Permian production and the opportunities it presents for the midstream space.

Permian production is expected to continue its growth trajectory for years to come. The chart below shows projections from Enterprise Products Partners (EPD) for Permian oil and natural gas production under a base case and high case as outlined in its June investor presentation. The base case implies 49% growth for oil and 42% growth for natural gas from 1H22 to the end of 2027. EPD also noted that there are more than 130,000 well locations with oil prices at $60 per barrel, representing more than 20 years of drilling inventory at current activity levels. For its part, Plains All American (PAA) forecasts Permian oil production growth of approximately 0.6 million barrels per day (MMBpd) per year for the next few years, with total oil production expected to surpass 7 MMBpd by 2025 up from an estimated 5.3 MMBpd in June 2022.

These growth projections may be difficult to reconcile with producers’ focus on capital discipline and commitment to modest growth. Admittedly, some of the largest publicly-traded producers in the Permian are maintaining production or growing at around 5%. However, private companies are expected to continue to grow aggressively, particularly at current commodity prices. Recent estimates suggest that private companies account for about 30% of Permian production. Additionally, Exxon (XOM) and Chevron (CVX) will play a significant role in delivering some of this expected growth. XOM’s Permian oil and gas production averaged 460,000 barrels of oil equivalent per day (Boe/d) in 2021, and the company expects production to reach 1 million Boe/d by as early as 2024. CVX is similarly targeting 1 million Boe/d of Permian production for 2025 – up from 608,000 Boe/d in 2021. Combined, XOM and CVX accounted for 13.9% of the Permian’s 2021 oil and gas production.

The strong outlook for Permian production growth drives opportunities for energy infrastructure companies with exposure to the basin. This includes gathering pipelines, processing facilities, and even long-haul pipelines from the Permian to the Gulf Coast (read more). With ample takeaway capacity for oil, opportunities center on new pipeline capacity to move natural gas from the Permian to end markets. Several midstream companies have announced projects this year, which would add a combined ~ 5.0 Bcf/d of takeaway capacity from the Permian by year-end 2024. Notably, this includes the newbuild Matterhorn Express Pipeline (up to 2.5 Bcf/d of takeaway capacity by 4Q24), in which MPLX (MPLX) and EnLink Midstream (ENLC) have interests. This also includes Kinder Morgan’s (KMI) Permian Highway Pipeline expansion (+0.55 Bcf/d of capacity in November 2023) and MPLX’s Whistler Pipeline expansion (+0.5 Bcf/d in September 2023).

Midstream has also been actively pursuing inorganic growth opportunities in the Permian this year, through both smaller bolt-on acquisitions at the asset level and larger purchases of private companies. Acquisitions have focused on gathering and processing systems as shown in the table below. Transactions have expanded existing footprints in parts of the basin, such as Targa Resources’ (TRGP) acquisition of Lucid Energy adding scale in the Delaware, or allowed companies to gain footholds in new areas, such as EPD’s acquisition of Navitas providing entry into the Midland portion of the Permian Basin. Thus far in 2022, midstream M&A deals in the Permian have totaled almost $8 billion. Given the expectations for long-term production growth discussed above, the Permian is clearly an attractive area for midstream growth opportunities. 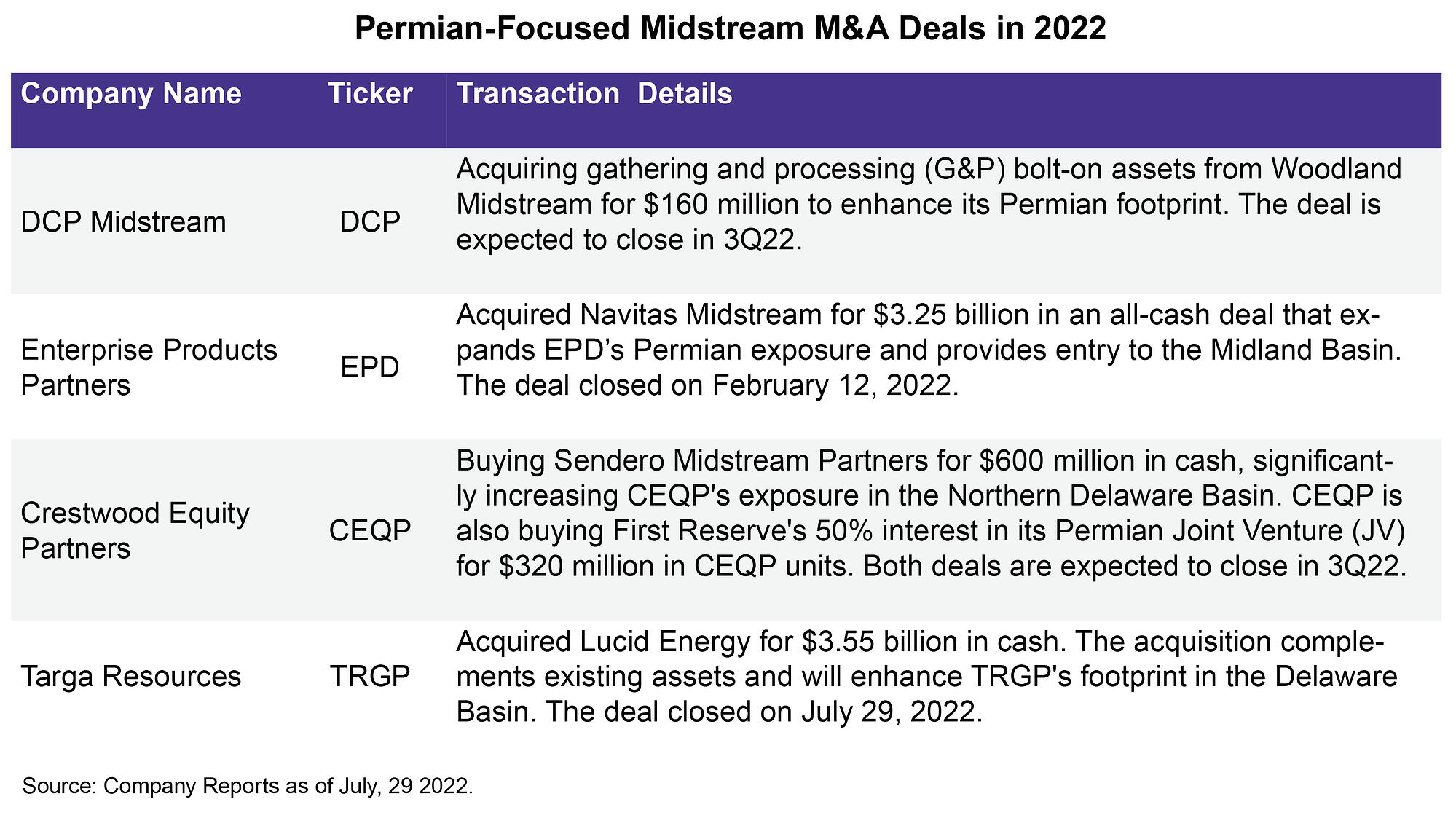 Midstream and Natural Gas: More Growth in the Pipeline