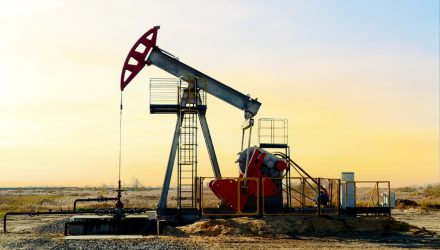 “The relative strength indicators (RSIs) on both contracts have moved higher into overbought territory and I still do not rule out a violent $5 to $8 barrel retracement lower as a result,” Jeffrey Halley, an analyst at broker Oanda, said in a note on Friday, according to Barron’s. “Any selloff will be as short in duration as the fall, should it occur. Looking at the price action today though, it seems that oil could remain in heavily overbought territory for a few sessions yet.”

Brent crude oil futures briefly touched $85 per barrel for the first time since October 2018, reflecting the latest gains in the crude oil market as the global energy crunch supports the short-term demand outlook. Crude oil prices are gaining off the heels of the surge in natural gas prices as global energy producers scramble to secure energy sources to produce enough electricity ahead of the winter months.

The International Energy Agency already warned that the crisis is spilling over to oil markets and could add 500,000 barrels a day to demand in the coming months, Bloomberg reports. The spike in demand is deepening inventory drawdowns as the Organization of Petroleum Exporting Countries and its allies, or OPEC+, only slightly eased output restraints at their latest meeting.