You are at:Home»Energy Infrastructure Channel»MLPs vs. REITs in Periods of Rising Rates 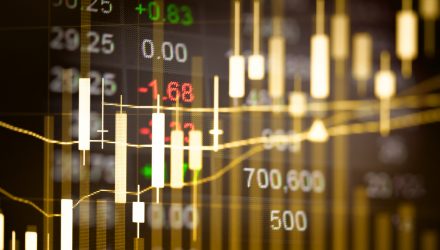 MLPs vs. REITs in Periods of Rising Rates

MLPs and REITs are highly regarded as two of the best sectors for finding high-yielding equity due to the corporate income tax-exempt pass-through structures; however, one has historically fared better in a rising rate environment.

The Consumer Price Index reading for December 2021 showed a 7% year-over-year increase, the largest jump since the early 1980s, spurring comments from Federal Reserve officials indicating that addressing inflation is a key priority, and interest rate hikes could be implemented as soon as March to tackle inflation.

Midstream and MLP indexes have a modest positive correlation of 0.24 and 0.25, respectively, with the 10-Year Treasury Yield when looking at weekly correlations for the last decade. Over the same period, REITs have a correlation of 0.02, according to Stacey Morris, director of research at Alerian.

The correlation data suggests that midstream and MLPs should fare better than REITs in a rising rate environment — a theory that has proved true in historical examples. Overall, MLPs and midstream outperformed REITs in periods where Treasury yields were increasing.

Midstream and MLPs have outperformed, as the yield on the 10-Year Treasury has increased by 19 basis points year-to-date, but this has also been coupled with 9.2% gains in oil prices. Year-to-date through January 13, the Alerian MLP Equal Weight Index (AMZ) and the Alerian Midstream Energy Index (AMNA) are up 9.1% and 8.7%, respectively, while REITs are down 5.2%, according to Morris.

MLPS and midstream may also benefit from reduced capital spending and less debt in the capital structure, helping to mitigate the impact of rising rates on midstream borrowing costs.

Midstream capital spending has come down meaningfully since peaking in 2018 or 2019 when companies were investing heavily to facilitate production growth. Production volumes are still recovering and below pre-pandemic levels, which has contributed to lower growth capital spending, according to Morris.