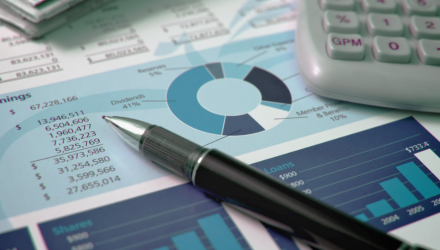 For energy infrastructure companies, one of the more significant evolutions over the last decade is the change in how the space sources and deploys capital. A decade ago, midstream was notorious for issuing equity to fund extensive capital needs as companies built pipelines, terminals, and more to facilitate growing US energy production and exports. In late 2017, midstream began to shift to self-funding the equity component of capital spending, and then in 2020, companies started to generate meaningful free cash flow as already-declining capex budgets were further slashed in the wake of the pandemic. Capital allocation has come into focus as excess cash flow has supported enhanced financial flexibility, and a few companies have unveiled formal capital allocation frameworks. Today’s note discusses this next chapter for midstream and the benefits of clearly defined capital allocation plans.

Why is a capital allocation framework helpful?

Many midstream companies have a hierarchy for how they prioritize their different uses of capital, whether it’s debt reduction, growth capital spending, dividend increases, buybacks, or even M&A. Most names also have a stated leverage target they are trying to reach or maintain. A capital allocation framework takes this further by laying out multi-year plans with more quantifiable targets. This gives investors greater visibility to management’s expectations and establishes a benchmark for management to then execute against. It answers questions, such as: How does the leadership view dividend increases relative to buybacks? What is the ideal leverage level for the company? Admittedly, for some companies, their capital allocation framework may be more or less embedded in investor day presentations or other communications.

Within midstream, there have been two recent examples of companies unveiling long-term capital allocation plans – Cheniere’s (LNG) “20/20” Vision Plan announced in September and Plains All American’s (PAA) multi-year framework announced in early November alongside its quarterly results. Cheniere originally announced a long-term capital allocation plan in September 2021 as it reached a cash flow inflection point, and the company initiated a quarterly dividend then. However, an update was required after Cheniere made significant progress toward its goals in relatively short order.

In its “20/20” Vision Plan, Cheniere outlines returns to shareholders while still prioritizing growth and investment grade credit metrics. The company forecasts more than $20 billion of available cash through 2026 and more than $20 per share of distributable cash flow as a run rate. Its long-term leverage target was reduced to ~4x, and its buyback authorization ballooned by $4 billion. Cheniere also announced a 20% increase to its dividend for 3Q22 (paid in 4Q22) and guided to ~10% dividend growth through the construction of Corpus Christi Stage 3, which is up from the mid-single digit growth rate outlined in September 2021.

PAA’s multi-year framework similarly included forward guidance for their distribution and color on leverage targets. For the distribution, management expects a $0.20 per unit increase to the distribution beginning with the 4Q22 payout (to be paid in 1Q23), taking the annualized distribution from $0.87 to $1.07 per unit. Beyond 2023, management is targeting annual distribution increases of $0.15 per unit until the distribution coverage ratio falls to approximately 160%. For context, the ratio was 253% for 3Q22. Leverage is expected to dip below the bottom-end of the 3.75x-4.25x targeted range in 2023, and management is focused on achieving and maintaining mid-BBB/Baa credit ratings. Equity buybacks will continue to be opportunistic, and the company has $200 million remaining on its current $500 million repurchase authorization.

With many midstream companies generating free cash flow, capital allocation frameworks can be extremely helpful for setting investor expectations and providing a clearer picture of how excess cash will be deployed. Increased visibility is likely to be welcomed by investors. In the five trading days following the announcement of its capital allocation plan, PAA outperformed the Alerian MLP Index (AMZ) by approximately 300 basis points. Admittedly, there is the potential for a capital allocation plan to disappoint, but for a management team in tune with its investor base, it can be a great opportunity to clearly outline the financial plans for the company. Comprehensive capital allocation frameworks are arguably a natural next step for a number of midstream companies.