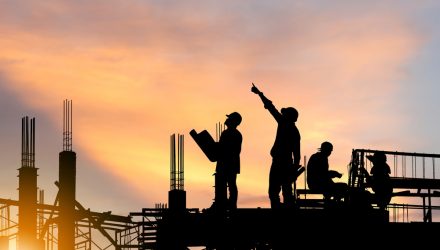 Midstream Investors Can Give Thanks for Strong 3Q22 Buybacks

For midstream investors reflecting on what they are thankful for this year, buybacks are likely near the top of the list along with growing dividends and solid performance. The third quarter of 2022 saw several notable developments on this front as repurchase activity was both sizable and widespread, with a few names announcing increases to their buyback authorizations. Today’s note recaps 3Q22 repurchase activity for US and Canadian midstream companies in aggregate and discusses notable company-level developments.

3Q22 total buybacks on par with the hefty repurchases from 2Q22.

Midstream repurchases in 3Q22 totaled almost $1.4 billion(1), on par with the just over $1.4 billion spent in 2Q22. However, buybacks in 3Q22 were more evenly distributed compared to the previous quarter, where Cheniere’s (LNG) repurchases accounted for more than a third of total spending (read more). Five companies spent over $100 million on buybacks during the quarter, including Western Midstream Partners (WES), MPLX (MPLX), Kinder Morgan (KMI), Pembina (PPL CN), and Magellan Midstream Partners (MMP). WES led the way with $368 million in buybacks in 3Q22 – accounting for about a fourth of the total. Aggregate buybacks for 3Q22 were up noticeably from the 3Q21 amount of $800 million.

Broad weakness in midstream equities in early July and late September likely provided attractive price points for opportunistic repurchases. With the strength in midstream equities thus far in 4Q22, buybacks may decline in the current quarter. For context, the Alerian Midstream Energy Index (AMNA) hit relative lows on July 6 and September 26, with the September date marking the lowest level since early January 2022.

Through the first nine months of this year, midstream companies repurchased over $3.1 billion in equity in aggregate while the total North American energy infrastructure market cap was $519 billion at the end of 3Q22. The table below shows the energy infrastructure companies with buyback authorizations in place, how much each has spent on repurchases, and each company’s weighting in the AMNA, the Alerian MLP Infrastructure Index (AMZI), the Alerian Midstream Energy Select Index (AMEI), and the Alerian Midstream Energy Dividend Index (AEDW) as applicable. Notably, constituents with buyback programs account for more than 70% of each index by weighting.

Several positives to highlight at the company level.

Digging into individual companies via midstream investors, there were several notable developments in 3Q22. Beyond leading repurchase amounts for the quarter, WES announced a $250 million increase to its authorization that extends through year-end 2024. In announcing its capital allocation framework – a topic we discussed last week – Cheniere hiked its buyback authorization by a massive $4 billion for three years. Cheniere’s buybacks moderated to $75 million in 3Q22 from $540 million in 2Q22, which included a $350 million repurchase from Icahn Enterprises. Also notable, Williams (WMB) conducted its first repurchases in September under the authorization originally announced in 2021. With an average price of $28.76, buybacks were almost certainly done during the weakness at the end of the month, though the spend was modest at approximately $9 million.

Of the 11 companies active with repurchases in 3Q22, there are a handful more that bear mentioning. MPLX bought back $196 million (including amounts settled in 4Q22), while MMP repurchased another $138 million during the quarter. Enterprise Products Partners (EPD) bought back $95 million in units for the quarter. Kinder Morgan saw its second straight quarter with significant buybacks, repurchasing $161 million. Pembina (PPL CN) ramped its repurchases to $155 million in 3Q22 and is on pace to achieve its target of $350 million in repurchases by the end of this year.