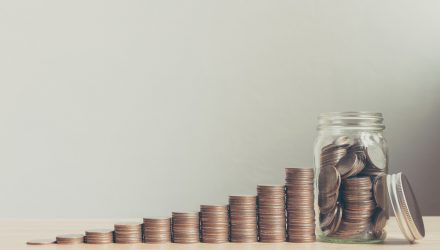 Midstream companies are known for their ability to generate income, as they play a crucial role in the energy ecosystem by interacting both with upstream production and downstream end users. They make their money off of fees, tariffs, and margins between raw commodity and refined final product. Because they tend to own real estate and other assets and have reliable income streams, they can be robust even in inflation conditions. Many midstream companies are MLPS, which are unique entities that, not unlike REITs, must distribute 90% of their taxable earnings to their partners.

SHX features as a holding in several midstream funds, including ETRACS Alerian MLP Infrastructure ETN Series B (MLBPB), which has 4.68% of its $208.9 million in holdings allocated to SHX. The Global X MLP ETF (MLPA) has SHX at 4.11%, and the Alerian MLP ETF (AMLP) has 3.42% of its assets under management placed there.

EnLink Midstream (ENLC) declared their quarterly distribution at $0.09375 per common unit, with third quarter 2021 cash distributions scheduled to be paid on November 12th to unit holders of record on November 1st. EnLink is known for their commitment to sustainability and is transparent with their environmental data.

ENLC represents 6.23% of the AMLP. The Global X MLP & Energy Infrastructure ETF (MLPX) puts 3.97% of its holdings in the sustainability-focused midstream company.

One of MLPX’s other holdings, Equitrans Midstream Corp (ETRN), announced a $0.15 common share cash dividend. MLPX has 5.18% of its holdings in Equitrans, which has a footprint in the Appalachian Basin and is the parent company of EQM Midstream Partners, one of the primary natural gas gatherers in the U.S.