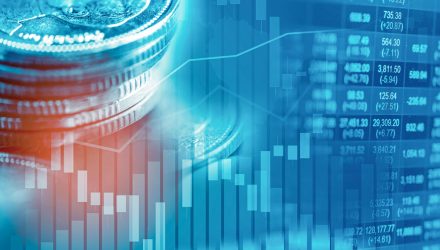 “Under the two SPAs, ET LNG is expected to supply 1.8 million tonnes of LNG to ENN NG, and 0.9 million tonnes of LNG to ENN Energy, per annum on a free-on-board (FOB) basis,” the firm said in a statement. “There is a 20 year term for both SPAs, and first deliveries are expected to commence as early as 2026. The SPAs will become fully effective upon the satisfaction of the conditions precedent by ET LNG, including reaching FID.”

Energy Transfer is one of the largest and most diversified midstream energy companies in North America, with a strategic footprint in all of the major U.S. production basins. The company owns and operates approximately 120,000 miles of pipelines and associated energy infrastructure across 41 states transporting approximately 30% of the United States’ oil and natural gas, according to the firm.

“We are very pleased to have ENN as a customer. The execution of these two SPAs represents a significant event in moving the Lake Charles LNG project towards FID. We are experiencing strong demand for long-term offtake contracts for Lake Charles LNG and we are optimistic that we will be in a position to take a positive FID by year end,” Tom Mason, president of ET LNG, said in a statement.

Lake Charles LNG will be constructed on the existing brownfield regasification facility and will capitalize on four existing LNG storage tanks, two deep water berths, and other LNG infrastructure. Lake Charles LNG will also benefit from its direct connection to Energy Transfer’s existing Trunkline pipeline system that in turn provides connections to multiple intrastate and interstate pipelines. These pipelines allow access to multiple natural gas-producing basins, including the Haynesville, the Permian, and the Marcellus Shale, according to a statement issued by the firm.

The Alerian MLP ETF (AMLP) and the ETRACS Alerian MLP Infrastructure Index ETN Series B (MLPB) both offer investors meaningful exposure to the company and upcoming growth, each weighting the midstream company at over 10%.