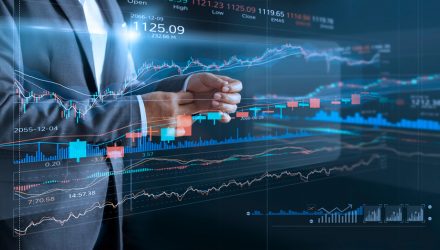 Investors often choose to allocate to the largest fund in a particular sector for higher liquidity.

Liquidity is one of the investors’ favorite aspects of ETFs. ETFs offer the same broad diversification as indexed mutual funds, but notably can be traded during market hours like individual stocks. Trading volume is one of two components involved in calculating a fund’s liquidity — the other being the liquidity of the individual securities held in the ETF’s portfolio.

Liquidity matters the most when an investor is looking to establish a position in an ETF or exit that position. Lower levels of liquidity lead to greater bid-ask spreads, larger discrepancies between net asset value (NAV) and the value of the underlying securities, and a decreased ability to trade profitably.

With $6.8 billion in assets under management, AMLP is by far the largest exchange traded product in the sector. Second and third place, as measured by total assets, is taken by the $2.7 billion First Trust North American Energy Infrastructure Fund (EMLP) and the $1.2 billion J.P. Morgan Alerian MLP Index ETN (AMJ).

AMLP’s underlying index is a capped, float-adjusted, capitalization-weighted composite of energy infrastructure MLPs that earn the majority of their cash flow from midstream activities including the transportation, storage, and processing of energy commodities.

vettafi.com is owned by VettaFi, which also owns the index provider for AMLP and AMJ. VettaFi is not the sponsor of AMLP and AMJ, but VettaFi’s affiliate receives an index licensing fee from the ETF and ETN sponsors.