You are at:Home»Energy Infrastructure Channel»Investing in MLPs: Distributions or Dividends? 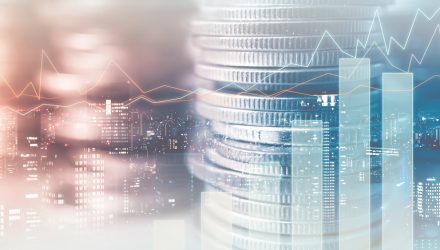 Investing in MLPs: Distributions or Dividends?

Investors have had an insatiable appetite for income-generating investments amid a period of rock-bottom interest rates. Such income can come in the form of dividends and distributions, terms that are often used interchangeably but have very different tax implications.

The historical average yield of MLPs over the past 10 years has been around 7%, which means that if an investor invested $100, on average, they would be paid $7 each year, according to Alerian.

Typically, 70%–100% of MLP distributions are considered tax-deferred return of capital, with the remaining portion taxed at ordinary income rates in the current year.

As long as the investor’s adjusted basis remains above zero, taxes on the return of capital portion of the distribution are deferred until the units are sold.

If an investor’s basis reaches zero, then future cash distributions will be taxed as capital gains in the current year. At the time units are sold, the gain that results from basis reductions is taxed as ordinary income with a 20% deduction, while the remaining amount is taxed as a capital gain, according to Alerian.

The passage of the Tax Cuts and Jobs Act in 2017 allows taxpayers to receive a deduction of 20% on qualified business income from MLPs.

C-corporations, or companies that trade on major exchanges, most commonly distribute cash payouts in the form of dividends.

Qualified dividends are taxed at the lower long-term capital gains tax rate, as opposed to an individual’s regular income tax rate, which is higher.

Qualified dividends typically include those paid by U.S. companies, or international companies trading on a major U.S. exchange.