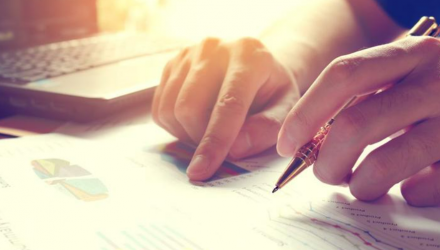 Management explained that their goal is for EPD to be an investment that allows unitholders to sleep well at night. In that vein, management not only focuses on the next few years in its strategic planning but also on the next 15 years. Many elements of the EPD story can give investors peace of mind. At the top of the list, EPD boasts a 24-year track record of annual distribution increases and announced its second distribution increase of 2022 last month. The company also enjoys a strong balance sheet, with leverage at 3.1x at the end of 2Q22. Fees typically drive 80-85% of the company’s operating margin, with some variability dependent on the macro environment. From the downturn in 2020 to the upswing in commodities this year, EPD has demonstrated a knack for making money through various macro environments by capitalizing on opportunities provided by its integrated business (read more).

Growth remains a priority.
Alongside distribution growth, common unit buybacks, and maintaining a strong balance sheet, reinvesting in the business and growing cash flow remains a focus for the EPD management team. Adding to the seven projects unveiled at the company’s investor day in April, EPD announced three new Permian projects earlier this month – two natural gas processing plants and an expansion of the Shin Oak natural gas liquids (NGL) pipeline system. A constructive outlook for Permian production growth continues to create opportunities for midstream (read more). Recall, EPD expanded its Permian footprint earlier this year with the acquisition of Navitas Midstream for $3.25 billion in cash, which provided an entry point into the Midland portion of the Permian. The well-timed acquisition of this gathering and processing business, which tends to have more commodity price exposure, has been much more accretive than anticipated given the strength in energy prices since the transaction closed in mid-February.

Thoughts on the Inflation Reduction Act.
Management characterized the Inflation Reduction Act as a good compromise. The increase to 45Q carbon capture credits and the option for direct pay for the first five years should help make related projects more economically viable in the near term. EPD and Oxy Low Carbon Ventures (OLCV) have signed a letter of intent to work on a carbon transportation and sequestration project on the Texas Gulf Coast. EPD would use new and existing pipelines for the transportation system, while OLCV is developing the sequestration hubs. The hike in 45Q credits will likely help with the commercialization of the project and securing customer commitments. Regarding the separate legislation around streamlining energy infrastructure permitting (expected in September based on commentary from Washington), management sees that as a clear positive as well. As written, the 15% alternative minimum tax in the Inflation Reduction Act would not apply to MLPs, but more clarity may be needed around the 1% excise stock on buybacks. It does not seem that the tax on buybacks would apply to MLPs.

Bottom Line:
With a solid distribution track record, strong balance sheet, and thoughtful approach to growth, EPD management is executing well against the goal of ensuring its investors can sleep well at night.