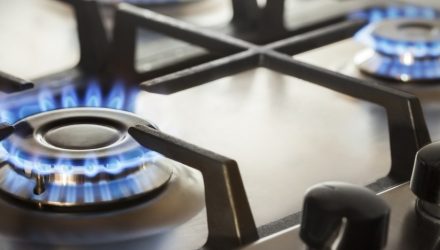 Midstream ETFs held steady through August as the rest of the market faltered following a strong rebound in July.

The $130 million Alerian Energy Infrastructure ETF (ENFR) has been accreting assets at a steady pace this year, taking in $8 million in net inflows during August. The fund saw $4 million in July and $8 million in June inflows, with year to date flows totaling $54 million, according to VettaFi.

ENFR provides exposure to the Alerian Midstream Energy Select Index (AMEI), a composite of North American energy infrastructure companies. AMEI was yielding 5.87% and was up 22.04% year-to-date on a total-return basis as of the end of August. Even with notable gains this year, AMEI is currently trading at a modest discount to its 3-year average forward EV/EBITDA multiple, encouraging investors to continue to allocate money to ENFR.

AMEI was essentially flat in August, returning 0.10% on a total-return basis, outperforming the S&P 500, which saw a 4.08% decline on a total-return basis. While WTI oil prices fell by 9.20% during the month, energy stocks were supported by a constructive earnings season, steady dividends, and strength in natural gas prices.

Natural gas prices hit a multi-year high during the month but finished August up 10.91% after retracing into the end of the month.