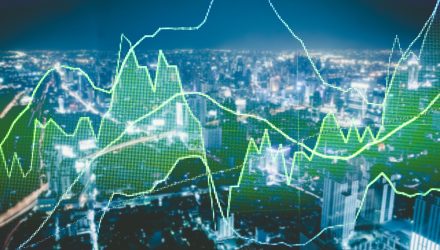 Oil-related exchange traded funds were among the best performers on Thursday as traders grew more optimistic about the economic growth outlook.

The crude oil segment rose on an improving demand outlook with the U.S. economy recovery on course. The latest economic data revealed the number of Americans filing for new jobless claim benefits declined last week, and layoffs in August dropped to their lowest level in over 24 years, indicating that the labor market was improving despite concerns over rising Covid-19 infections, Reuters reports.

“Although oil is lagging equities, its downside is clearly limited by the general confidence surrounding the global economy despite consistent fears of the prolonged spread of the coronavirus,” Tamas Varga, oil analyst at London brokerage PVM Oil Associates, told Reuters.

The Organization of the Petroleum Exporting Countries and its allies, including Russia, or better known as OPEC+, have upgraded their oil demand forecast for 2022 in response to the ongoing global economic recovery.

Hurricane Ida has disrupted about 80% of oil and gas output in the Gulf of Mexico. Oil refineries in Louisiana could even take weeks to bring back online, which will continue to cut crude demand, but that demand could be offset by slower production offshore rigs due to weather damage in key support facilities.