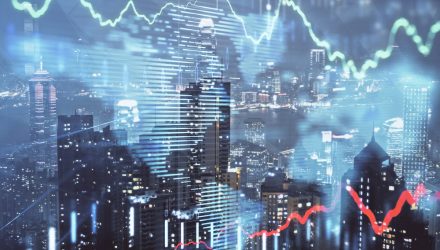 Energy exchange traded funds rallied on Thursday after the Organization of Petroleum Exporting Countries and its allies agreed to maintain their monthly oil output hikes in the face of growing consumer pressure, despite demand concerns due to the COVID-19 Omicron variant.

OPEC+ stated that they would increase their collective production by another 400,000 barrels a day in January, the Wall Street Journal reports. The group previously agreed to raise output in increments each month until production returned to pre-pandemic levels.

Energy markets initially retreated on the OPEC+ update before rebounding.

In the face of rising energy prices, the White House has urged OPEC and its allies to raise their oil output, with the U.S. leading global efforts to release oil from emergency stockpiles in a bid to reduce oil and gasoline prices. However, worries over oil demand are now in focus with the spread of the Omicron variant, which has led OPEC+ to debate their supply output strategy in case of new restrictions and a global economic slowdown.

“Out of deference to the U.S. and despite the price collapse, OPEC has stuck to its plan,” Bill Farren-Price, director of intelligence at Enverus Intelligence Research, told Bloomberg. “If omicron is as destructive of demand as some fear,” the alliance many have to ease off soon to “protect the oil price gains it has worked so hard to achieve.”