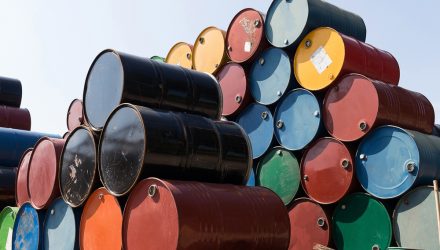 “Oil prices continue to thrive on the momentum of supply constraints in the U.S. Gulf of Mexico, which was reflected in the large crude inventory draws report of last week,” Rystad Energy analyst Louise Dickson told CNBC.

The U.S. Energy Information Administration revealed that U.S. crude stocks for the week that ended on Sept. 17 declined by 3.5 million barrels to 414 million, their lowest level since October 2018.

Oil gains were also supported by the Organization of the Petroleum Exporting Countries and its allies, also known as OPEC+, as several members struggled in recent months to increase their output due to years of under-investment or delays to maintenance work due to the coronavirus pandemic.

Additionally, a weaker U.S. dollar helped prop up USD-denominated commodities like crude oil after the Federal Reserve indicated that it would soon start to cut its monthly bond purchases and look to higher interest rates next year, but it allowed for some wiggle room.

Meanwhile, Syncrude Canada Ltd., a light crude producer majority-owned by Suncor Energy Inc., reduced its September supplies due to mechanical problems at its oil sands site, reported Bloomberg. According to a force majeure notice sent by one of Syncrude’s four owners, supply cuts of as much as 20% could occur in September, a person familiar with the decision told Bloomberg.

The additional supply cuts came at a time when production off the Gulf of Mexico remains low in the wake of Hurricane Ida, which forced the shutdown of most offshore production across the region.