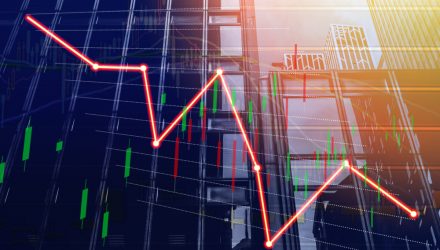 Bank of America economists said on Friday that they expect the Federal Reserve to hike rates by 25 basis points seven times this year, beginning in March, adopting one of the most aggressive views on Fed tightening among major banks, Reuters reports.

The updated figure came after the Fed issued a statement on Wednesday, holding short-term interest rates steady but signaling intentions to raise them in mid-March, the latest update on plans to remove stimulus to temper high levels of inflation.

“With inflation well above 2 percent and a strong labor market, the Committee expects it will soon be appropriate to raise the target range for the federal funds rate,” the Fed said in its post-meeting statement.

The central bank also approved a final round of asset purchases, which will bring that stimulus program to a conclusion by March.

The Bank of America economists said in a report that “the Fed has all but admitted that it is seriously behind the curve.”

The monetary policy path and aggressive tightening is expected to affect the economy with a lag, affecting 2023 growth, according to the report.

Bank of America is among the boldest banks to increase expectations on the number, and significance, of rate hikes this year, but it is not the first. BNP Paribas, Deutsche Bank, and TD Securities have all updated their expectations.

Despite the uncertainty around how many rate hikes will happen this year, economists are largely unified in their predictions that there will be several increases to combat inflation.

Energy — specifically midstream and MLPs — is a sector that has historically demonstrated strong dividends and stability amid periods of inflation and rising interest rates.

Leverage has trended lower over time as many midstream companies have focused on debt reduction in recent years. Midstream capital spending has also come down meaningfully since peaking in 2018 or 2019 when companies were investing heavily to facilitate production growth, according to Stacey Morris, director of research at Alerian.

Production volumes are still recovering and below pre-pandemic levels, which has contributed to lower growth capital spending. Reduced capital spending and less debt in the capital structure should help mitigate the impact of rising rates on midstream borrowing costs, according to Morris.