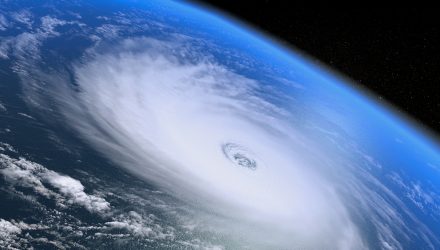 Energy sector-related exchange traded funds led the charge on Friday as crude oil prices rallied on a hurricane threat in the Gulf of Mexico that threatened production and a supportive Federal Reserve allayed growth concerns.

Crude oil prices strengthened and were on pace for their biggest weekly gain in almost a year, Bloomberg reports.

The energy markets gained as oil producers in the Gulf of Mexico began temporarily shutting down operations ahead of the Tropical Storm Ida, which has been upgraded to at least a Category 2 hurricane.

Additionally, Federal Reserve Chair Jerome Powell maintained that the central bank will reduce its monthly bond purchases this year, but it will be patient with its interest rate outlook.

“Clearly, the hurricane is what the market is focusing on now, at least in the short-term. We are going to be losing supply from refiners and some demand,” Andrew Lebow, senior partner at Commodity Research Group, told Bloomberg. “The market had expected what the Federal Reserve was planning and had discounted it.”

Oil prices have experienced a volatile August in response to the rising COVID-19 Delta variant, which has contributed to fears of another economic slowdown.

The Organization of Petroleum Exporting Countries, or OPEC+, is also scheduled to meet next week, along with its allies. Market-watchers anticipate that the group will implement another monthly output increase as it slowly raises supplies that were curbed during the pandemic.