You are at:Home»Alternative ETFs»Energy ETFs Still Suffering as Oil Dithers 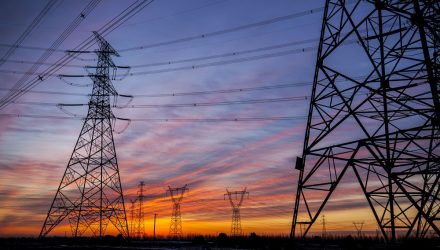 Entering what can be a seasonally weak period for oil prices and the energy sector, the United States Oil Fund (NYSEArca: USO), which tracks West Texas Intermediate crude oil futures, is again faltering. USO is lower by more than 4% over the past week and finished August with a loss of more than 6%.

“The oil price recovery that analysts and investors were expecting early this year have failed to materialize, battering the energy sector stocks in 2017. Shares of energy companies are set to book their steepest monthly drop in August since the end of 2015, when the oil price crash was in full swing,” reports OilPrice.com.

The Energy Select Sector SPDR (NYSEArca: XLE), the largest exchange traded fund dedicated to energy equities, is down more than 16% year-to-date. While OPEC is cutting back to alleviate price pressures, U.S. fracking companies could jump to capitalize on the windfall as crude oil prices jump back above $50 per barrel – according to some estimates, shale oil producers can get by with oil at just over $50 per barrel due to advancements in technology and drilling techniques that have helped cut down costs.

“Some companies trimmed capital budget plans as an answer to the persistently low oil prices and as reassurance to investors that they would embrace financial discipline. Others reported higher-than-expected production and raised output guidance for this year. However, this signaled to investors that rising supply from the U.S. would continue to depress global oil prices, and further drag energy shares down,” according to OilPrice.com.