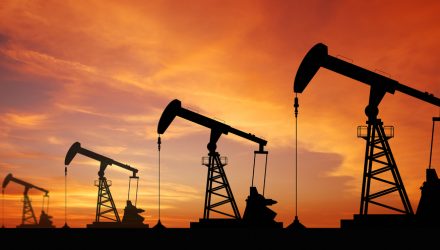 Energy markets and related exchange traded funds plummeted Tuesday as investors weighed the negative impact of a spreading coronavirus would have on the global economy, despite supply side supports from OPEC output cuts and losses in Libya.

The sell-off intensified after the U.S. Centers for Disease Control and Prevention warned Americans should begin to prep for the eventual spread of the new coronavirus after updates that the novel virus has jumped to several new countries, Reuters reports.

“Demand concerns are wiping out all of the gains we have made over the last few weeks,” Bob Yawger, director of energy futures at Mizuho, told Reuters. “This is not a situation that is going to suddenly get better.”

The coronavirus is spreading in South Korea and has popped up in Europe and the Middle East, with Iran reporting the highest number of deaths associated with the virus outside of China.

Meanwhile, market observers are concerned that the spread of the virus will crimp global economic activity, like what has happened in China after Beijing implemented strict quarantine controls that has stopped major industrial centers.

While demand side fears dragged on the energy market, oil prices failed to find support from a shutdown of most of Libya’s crude output and a renewed supply pact between the Organization of the Petroleum Exporting Countries and allies including Russia, a group known as OPEC+, to stabilize the oil market.