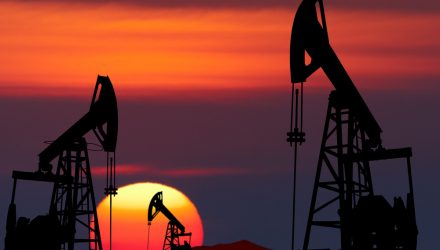 Energy sector-related exchange traded funds surged on Tuesday after the Organization of Petroleum Exporting Countries and its allies, including Russia, or OPEC+, agreed to raise crude oil output on bets that the COVID-19 Omicron variant won’t have an outsized negative effect on demand.

OPEC+ said that its members would raise their collective production by another 400,000 barrels per day in February, the Wall Street Journal reports. The group previously agreed to raise output in monthly increments until production returned to pre-pandemic levels, but they would review that policy every month to adjust for new developments, such as the rise of the Omicron variant and its potential effect on the global economy.

“The storm is over,” one OPEC delegate stated, referring to the pandemic’s impact on oil demand last year.

In a technical report, OPEC+ played down the impact on demand of the Omicron variant, arguing that the new COVID-19 variant would be “mild and short-lived” and adding that the group was upbeat about economic prospects, Reuters reports.

“This is in addition to a steady economic outlook in both the advanced and emerging economies,” the Joint Technical Committee report says.

The OPEC+ group also maintained its planned output increases despite the U.S. and other oil-consuming countries’ bid to ease the rising oil prices by releasing extra barrels from strategic stockpiles.

However, the Omicron variant has since caused broader restrictions and travel bans around the world, once again threatening global growth and oil consumption.