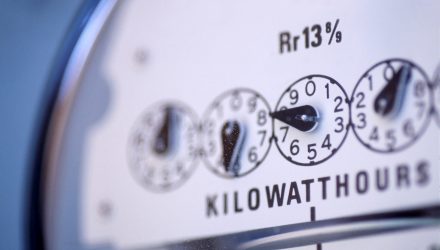 The energy sector remains one of the worst-performing groups in the S&P 500 this year, but the Energy Select Sector SPDR (NYSEArca: XLE), the largest equity-based energy exchange traded fund, is higher by 8% since the start of the fourth quarter.

Some market observers believe the sector can continue its recent rebound. Current OPEC compliance with production cut plans remains above their historical average, and it usually takes between two to three quarters for inventories to normalize after the cuts. The challenge for energy equities is that some oil market observers see more declines coming for crude. Oil traders are concerned over how fast U.S. shale oil producers will increase production to capture the rising prices.

“Larry McDonald, founder of the Bear Traps Report investment newsletter, has been watching closely the apparent disconnect between strong global growth and lagging oil stocks,” reports CNBC. “After all, domestic and international stock markets are near all-time highs, he pointed out. While energy has been lagging other sectors this year, the group is about to play catch-up as oil prices rise, he said.”

Investors shouldn’t forget about the demand side either, especially with a growing global economy. Citigroup projects a greater likelihood of persistent shortage of oil than a big jump in supply over the coming quarters. Ed Morse, global head of commodities at the bank, argued that a handful of OPEC members might already be pumping at maximum capacity already, and due to weak investment in exploration and development, there is a greater risk of a market squeeze once demand picks up, especially from a growing Chinese economy.

“To capitalize on this growth, McDonald said investors should look to play one large energy exchange-traded fund, the XLE. He holds a $78 price target on the XLE in the next six to nine months, implying nearly 16 percent of upside from current levels,” according to CNBC.