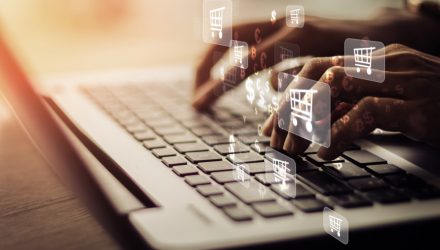 On Tuesday, Kevin T. Carter, the founder of EMQQ, one of the largest and best-performing emerging markets ETFs over the last three and five years, announced the introduction of the second exchange traded fund from him and his colleagues: the Next Frontier Internet & Ecommerce ETF (FMQQ).

FMQQ trades on the New York Stock Exchange (NYSE) and will provide investors targeted exposure to the non-Chinese companies in EMQQ.

“We launched EMQQ in 2014 with the conviction that internet and eCommerce companies in the developing world represented the best way to capture the real growth of emerging markets – the emerging markets consumer – and we’ve been right. Over the past decade, the companies in EMQQ have grown their revenue from $20 billion to over $450 billion – a 20-fold increase led largely by Chinese giants Alibaba and Tencent. But this isn’t just a China story, as innovative companies are growing and going public at a fast rate in other parts of Asia, South America, Africa, and Eastern Europe,” said Kevin T. Carter, founder and CIO of both EMQQ and FMQQ.

“When we launched EMQQ 7 years ago, we had 42 companies – 12 of which were not Chinese. Those numbers have since grown and shifted dramatically, and we’re launching FMQQ to provide investors a way to specifically capture the growth in the Emerging and Frontier Markets consumer story beyond China,” he added.

The FMQQ Index is comprised of 60 names, including top holdings such as MercadoLibre of Argentina; Sea Limited, a Singaporean “super app”; Zomato, an Indian food delivery app; and Jumia, which has been called the “Amazon of Africa.” All companies in the FMQQ Index are drawn from the three major regions of Asia, Latin America, and EMEA (Europe, Middle East, and Africa).

“China’s eCommerce market is now four times larger than the rest of the emerging markets eCommerce space combined, so it is important that investors have tools at their disposal that allow them to build an emerging markets portfolio with as much, or as little, China exposure as they may want,” added Carter. “We believe FMQQ can be an attractive alternative for investors who want to capture the budding opportunities in these “next frontier” markets and/or complement their Chinese tech allocations and balance out their current portfolio weightings.”

FMQQ seeks to provide investment results that, before fees and expenses, generally correspond to the price and yield performance of the Next Frontier Internet and Ecommerce Index (FMQQetf.com). All securities must have more than $300 million in market cap and have more than 50% of their revenue come from internet and/or ecommerce businesses in emerging and frontier markets (excluding China). The fund will cap each weighting at 8% and rebalance semi-annually.

Carter notes that hundreds of unicorns in the developing world are growing fast and that many are preparing to IPO, pointing to examples like Paytm, an Indian digital payments leader which is targeting a $3 billion IPO, and Nubank in Brazil, which has an estimated valuation of $30 billion, as being two of many upcoming IPOs worth watching. Both already count Warren Buffet’s Berkshire Hathaway as investors.

“Today, nearly 90% of the world’s population under the age of 30 lives in emerging and developing economies. By 2030, the global middle class is expected to swell to 5.5 billion people, with consumption in emerging markets totaling $30 trillion—nearly half of the global total. These represent the ‘next billion’ consumers, and we are excited to bring FMQQ to the marketplace to offer investors a tool to tap into this opportunity,” continued Carter.

FMQQ joins the Emerging Markets Internet and Ecommerce ETF (EMQQ). Since launching in 2014, EMQQ has grown to over $1.3 billion in assets under management and has been the best-performing emerging markets ETF over the last three and five years and since inception, as of August 31, 2021.