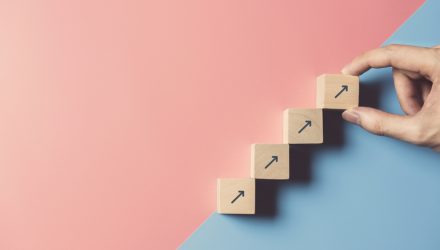 Three megatrends have been the catalyst for a digital revolution that is transforming the developing world: the rise of the EM consumer, the computer in the form of a smartphone, and the internet via mobile broadband. While the EMQQ story has been largely focused on China thus far, the story is evolving and accelerating beyond China in other emerging and frontier markets including India, Indonesia, Vietnam, Brazil, Mexico, Nigeria, Kenya, Turkey, Poland, and Kazakhstan.

In the upcoming webcast, Emerging Markets: The Next Frontier of Growth with Special Guest Dr. Burton G. Malkiel, Kevin T. Carter, founder and CIO of The Emerging Markets Internet Ecommerce ETF (EMQQ) & The Next Frontier Internet & Ecommerce ETF (FMQQ), and Dr. Burton G. Malkiel, member of FMQQ Index Committee, professor of economics at Princeton University, and author of “A Random Walk Down Wall Street,” will discuss important fundamental changes taking place in emerging and frontier markets beyond China. They will also discuss how these populations are leapfrogging traditional consumption in favor of online services and shopping via the smartphone, and how Gen Z will drive the next wave of this growing digital revolution.

Specifically, the recently launched Next Frontier Internet & Ecommerce ETF (FMQQ) is designed to provide investors with exposure to the internet and e-commerce sectors of the developing world. FMQQ holds over 60 companies operating in emerging and frontier markets beyond China, including India, Brazil, Russia, South Korea, Taiwan, and South Africa.

As noted, FMQQ goes beyond China and taps into innovative companies growing and going public at a fast rate in other parts of Asia, South America, Africa, and Eastern Europe. This fund is taking a cue from the founder of the Emerging Markets Internet & Ecommerce ETF (EMQQ), which is heavily tilted toward Chinese markets.

Billions of people are poised to enter the consumer class and gain access to smartphones, catalyzing a digital consumer revolution never seen before. Growth of consumption in frontier and emerging markets represents a significant growth opportunity as more than one billion people are expected to enter the consumer class in the coming decades. These consumers are using cheap smartphones and affordable broadband mobile connections to access the internet.

About 85% of the global population resides in developing economies. Emerging markets and frontier markets also boast some of the youngest demographics, with about 8.8 times the number of people under the age of 30 compared to developed economies. By 2030, the global middle class is expected to swell to 5.5 billion people, with consumption in emerging markets totaling $30 trillion — nearly half of the global total. The average e-commerce penetration in FMQQ countries is only 5%. For comparison, it’s 20% in the U.S.

Financial advisors who are interested in learning more about emerging markets can register for the Tuesday, October 26 webcast here.