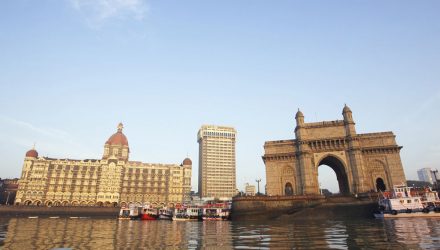 “That’s the view of Bank of America Merrill Lynch, based on an analysis of six previous bull markets in developing-nation equities going back to 1976. The current surge is little different from the ones that came before it and emerging shares could double in two years, according to a note from the Wall Street firm,” reports Andrew Janes for Bloomberg.

Additionally, the iShares Core MSCI Emerging Markets ETF (NYSEArca: IEMG), the low cost alternative to EEM, is one of this year’s top asset-gathering ETFs as investors have continually looked for low-fee options when embracing ex-US equities.

ETF investors also threw money into overseas markets where valuations appear cheaper relative to the loftier prices in the U.S. – U.S. markets are trading at forward price-to-earnings of around 18 times, compared to historical averages of 15 times. Year-to-date, IEMG and VWO are among the top 10 ETFs in terms of new assets added. IEMG and VWO both charge just 0.14% per year, making them two of the cheapest emerging markets ETFs.

“Emerging-market stocks have rallied around 60 percent since early 2016, but the recent rise amid tension on the Korean peninsula has some investors warning that a correction is due. BofAML, however, said the current bull market is likely to end the same way the last six have, crushed by recession or exhausted by overvaluations,” according to Bloomberg.