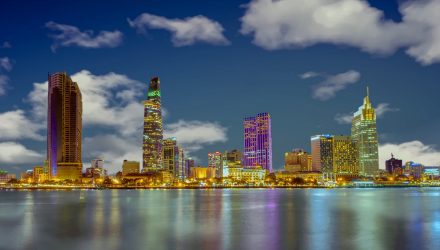 Investment firm BlackRock recently released their latest global exchange-traded product (ETP) report that showed more investment capital going overseas to countries like Japan and China during the month of October–a move as a result of that month’s massive sell-offs in U.S. equities.

One notable highlights in the report showed that fixed Income flows were mixed as a result of rising interest rates and languishing U.S. equities. However, U.S. Treasury fund flows amassed $5.2 billion, while outflows of $2.4 billion resulted in high yield and $2.7 billion from multi-sector bond funds.

HYGH seeks to mitigate the interest rate risk of a portfolio composed of U.S. dollar-denominated, high yield corporate bonds. HYGH seeks to achieve its investment objective by investing, under normal circumstances, at least 80% of its net assets in U.S. dollar-denominated high yield bonds, in one or more underlying funds that principally invest in high yield bonds, and in U.S. Treasury securities or cash equivalents.